Zodwa Wabantu on her son: I want him to live without compromise 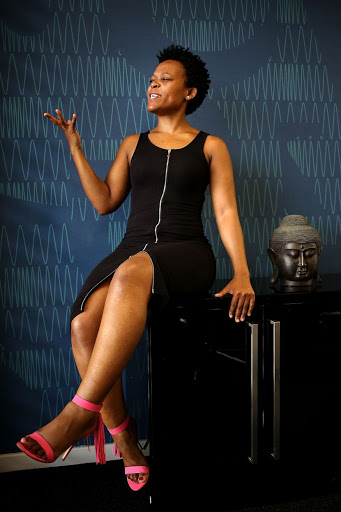 “I won’t lie and say we get along all the time or that he is happy with everything I do‚ because that isn’t the truth‚” said Zodwa.

“We have a standard mother-son relationship. He’s also my friend and he calls me Zuzu. We talk about everything — the good and the bad. I won’t say he’s always singing my praises‚ because he is not. Sometimes he asks me to tone it down‚ sometimes he praises me or tells me that his friends saw me do this or that‚” she said.

The entertainer explained that she cut ties with her son’s father long ago‚ although she doesn’t stop their relationship. She said she maintained a relationship with his son’s paternal grandmother for his sake.

“I still speak to the father of my son but we have zero relationship. I communicate with my child’s grandmother. He (the father of her child) calls me though but the thing about me is if you hurt me or betray me‚ I won’t even pretend I like you. So I don’t want people around me that I can’t trust‚” she said.

WATCH: Zodwa talks about doing what she needed to survive "If you asked me out then I would sleep at you place and in the morning I would expect money. Some may say it's prostitution but I was...

Zodwa gushes about her son on social media‚ saying he’s a very bright child. As a mother‚ she said she can only hope that her son learns to be himself without compromise‚ just as she had.

“What I am teaching my son is ‘do you’. If he grasps that from my life‚ then he will be set. I am an example in that regard. Remember we teach them values and we nurture them‚ but when they turn 18‚ they have to make their own decisions. I want him to know that life is hard and that at the end of the day he needs to live his life his way‚” she said.

Zodwa Wabantu talks about her tough upbringing and the decision to leave home at an early age.