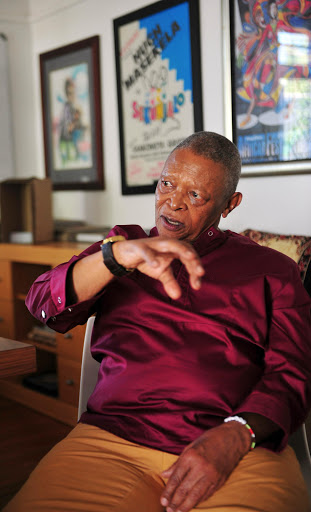 Hugh Masekela steps into the director's seat to tell the story of the controversial Regina Brooks, through the play Gone Native - The Life and Times of Regina Brooks.

Masekela said Brooks's story had fascinated him ever since he was a youngster.

Brooks was a white woman who defied all odds to marry a black man when it was regarded a crime.

Brooks, who currently lives in Eldorado Park, south of Johannesburg, was harassed by the apartheid government for living with black people.

Masekela says eight years ago he asked his friend, Alf Kumalo, if he still remembered Brooks.

Kumalo took him to meet her and she recognised him from way back then.

And now, finally, Masekela tells her story in this stage production. In the lead role of Brooks is actress Maritjie Bothma, who had taken a year off to discover herself.

Gone Native portrays Brooks as a powerful woman who stood up against society and the laws of the state.

The actress visited Brooks at her home and says when she was narrating her pain, she realised that they both had a lot in common.

"I could relate to her story because of some of the things I have been through myself, as a white female who speaks African languages such as Zulu and Sotho."

"Brooks was ostracised by her own community for loving and caring for black people just like me. I am not white enough to fit in the white community and not black enough either," she shares.

She has an acting background but Bothma is aware that theatre comes with a lot of challenges, unlike TV.

"A lead role in a stage show comes with a responsibility and pressure. You have to capture the audience from the first words you utter, otherwise you lose them."

Bothma explains that Brooks was arrested many times for having interracial relationships.

That is why in 1955 she wanted to be re-classified as coloured so she could continue living with black people and keep her child, Thandi.

"I admire her for fighting for her reclassification even in the court of law. She stood for what she believed."

Brooks was raised by a racist and cruel father who was extremely churlish towards black people.

Brooks ended up fleeing her home to find comfort in Free State.

During the Soweto Uprisings of 1976, Brooks moved to Eldorado Park.

Meanwhile, Bothma is a well-known actress who has appeared on TV dramas such as Ukhakhayi and she also acts in commercials.