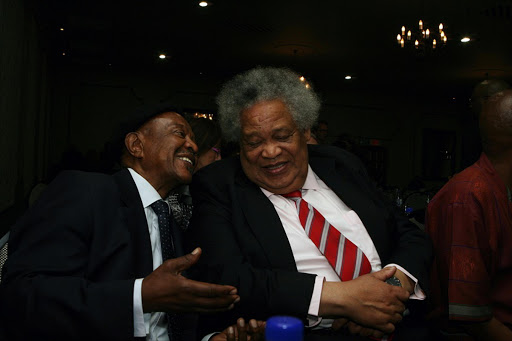 Jonas Gwangwa and Johnny Mekoa during a launch of the living Legends Project at Cedarwoods in Sandton. Photo Ayi Leshabane

Mekoa, fondly known as Johnny, died on Monday afternoon after a short illness.

His daughter Malebo Mekoa, who described her father as "a big gentle giant with a deep smile", said her father died at his house in Crystal Park, East Rand.

"My father was a father to us and to those who were fatherless. He loved life, his music and kids."

Mekoa was born in Etwatwa in 1945. In 1994, he established the Music Academy of Gauteng that has produced, among others, the likes of Malcolm Jiyane and Mthunzi Mvubu.