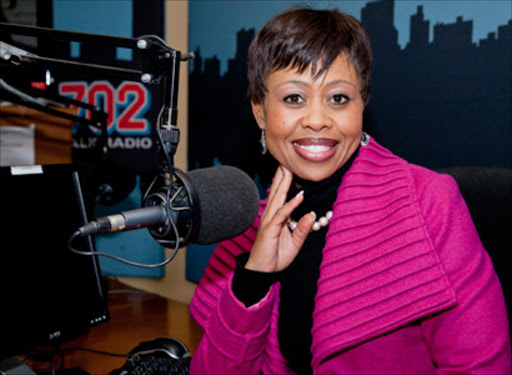 Seasoned investigative journalist Bongani Bingwa has acknowledged the “high heels” he now has to fill as Redi Tlhabi’s replacement on 702.

During an interview with TshisaLIVE Bongani said he’ll be learning from Redi for years to come.

He explained that he had been “shadowing” Redi for a while and is both excited‚ and nervous about the opportunity.

“As it happens this is not the first time I am taking over from Redi‚ in some ways I have been chasing her shadow for a long time. She’s a doyenne of the industry. Smart‚ sincere‚ tough as nails and highly principled. I will be learning from her for years to come‚” he said.

Ten years ago a similar situation unfolded at the station when Tim Modise left and Redi took over the Afternoon Drive show. Bongani then took over from Redi to become the host of Talk At Nine.

Bongani added that Redi has indirectly prepared him for when he officially steps into the hot seat.

He said he has received tremendous support from a lot of people and was looking forward to bringing his uniqueness to the show.

“I think I have a sense of inquisitiveness and fun that will hopefully make the drive home an interesting and absorbing one for listeners. I want to host a show that unpacks the events of the day from every sphere. I hope the show will be the preferred choice for anyone really keen to know what happened on any given day‚” he said.