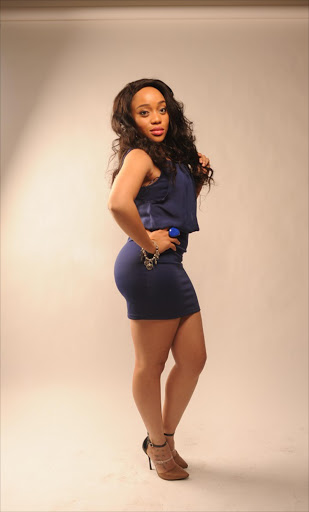 Generations: The Legacy vixen Thando Thabethe is declaring 2017 the year of the booty.

It's only fitting since the 26-year-old curvaceous actress goes by the moniker "Thabooty" on radio.

To celebrate her bodacious figure, the talented star is adding celebrity fashion designer to her impressive resume with the release of a lingerie line called Thabooty's.

Set to be released sometime next month, Thabethe shares that the high-voltage underwear and shapewear collection will cater for women of all sizes.

"It will be affordable. The inspiration behind it came from the struggle to find locally any proper-fitting underwear without having to import," she said.

"When you finally find it, it can be unflattering and granny-like. I wanted something a little sexier. The shape-wear will come in the form of a leotard. I will be designing the collection myself. It's a very sexy and very practical collection. Maybe I will model it too."

Thabethe continues to dazzle audiences on the hit SABC 1 soapie. She just wrapped a gruelling and topical storyline in which her character Nolwazi was held hostage and tormented by a male character played by Matli Mohapeloa.

"For the next couple of weeks people will see that my character is not entirely over the kidnapping," Thabethe teases.

Thabethe's TV domination is undeniable. Besides her acting work, she has returned as the host of season three of DJ talent search show 1s and 2s airing on Tuesday nights on SABC 1.

She is also ready to conquer the airwaves as the new queen of radio after she took over 5fm afternoon drive show in May.

Her team on The Thabooty Drive - weekdays between 3pm and 6pm - includes Durban-born Msizi James, as well as Sibs Matiyela on news and Duran Collett on sport.

"I was more than prepared for it. I have been in radio for more than 10 years. I think above all it's just so much fun," says Thabethe.

She has also found love with beau Frans Mashao.