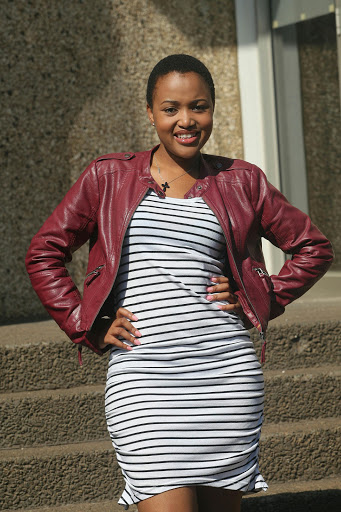 Muvhango actress Liteboho Molise says outside of her role on television, being a mother is currently her calling.

The talented beauty from Lesotho who plays the character of villain Teboho on the popular Venda soapie sets tongues wagging every night.

In person, however, Molise is quite reserved and unless you are familiar with her you are more likely than not to miss her in a crowd.

I stare in awe at the woman sitting across the table at a breakfast event at the Mall of Africa as she tells me how her life has changed in the past year and a few months since welcoming her baby girl.

"I love motherhood. She drives me crazy but I love her, she climbs on everything... motherhood has definitely taught me patience.

"It has moments when you feel like 'this kid is driving me crazy, someone take her away I need a break', but I have a nanny who helps me a lot and gels well with the baby," she says.

Molise has been on Muvhango for more than five years. She got her big break when she went to audition for the popular soapie in Lesotho in 2012.

The 29-year-old mother says celebrating five years on Muvhango is a big milestone.

"I still love it, Teboho [the character that I play] brings something new to the table every day. I am always shocked. The things she does and how she does them,"

She says she has learnt to master the character by learning from people around her.

"The truth is, as an artist, when they give you a character they give you background, and you incorporate that into everyday life. And into stories of everyday people like your aunt, neighbour and mom.

"Teboho came into Muvhango as a helper, so I know the mannerisms of Sotho maids as I grew up around them, especially ones who act like they have an agenda," she said.

She has a bachelor's degree in political science and says she had no plans of being on TV at the time but as fate had it she ended up relocating to Joburg, leaving her family behind.

Molise found it hard settling in the big city. She still finds it hard to get used to the fame that comes with being on one of most-watched soapies.

"The challenges I went through is that I could never get used to the fame. I have always been outspoken but only around my circle.

"Now when I go out I just meet a whole lot of people who recognise me, some love the character and some absolutely hate it, but they all expect you to stop and have a chat with them. I had to get used to doing that and I remember saying someone should have prepared me for this," she giggled.

However, it was not long after arriving in the city of gold that she met a man who charmed her and swept her off her feet. That is the father of her toddler.

Unfortunately, not long after this she made it into the Sunday tabloids where she was reported to be a third wife to a Joburg businessman.

"I am married traditionally but I don't want to dwell much on my personal life."

Molise also recalls how the stories made her miserable at the time.

"It affected me in the sense that we have families and grandparents who are proud of us being on TV and they brag about us and then they see us in the papers about all these false stories.

"My kid will grow up reading these things and it's really sad, it's as if they don't think that it affects our families."