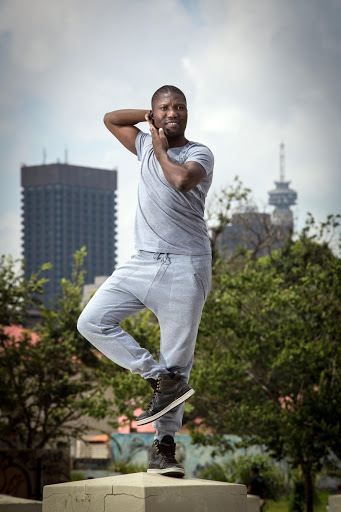 Internationally celebrated choreographer and dancer Gregory Maqoma continues to shape South African modern dance. His recent work proves that Maqoma is experienced and has artistically grown in his approach.

Titled Cion, the piece is adopted from Zakes Mda's novel Ways of Dying. Through his piece Maqoma follows a character called Toloki, a professional mourner at township funerals during South Africa's transition to democracy.

The character uncovers the story of runaway slaves who were the ancestors of a poverty-stricken family.

Toloki is set against the dark cloud of his country of birth and he uses this as a palette to confront the notion of fear, and religion.

"The world has changed from what we imagined it to be; we are all victims clouded by fear.

"This work stands against that dark cloud and brings us light and hope that humanity still exists, even in our darkest times."

Using different movements, the piece explore the subjects of death, heritage and a brutal history.

The Orlando East-born choreographer further looks at greed, and power as the main instigator of brutality that people experience every day.

"People die every day to a point that it is starting to look normal that a person passes on. We seem to have accepted and normalised brutality as the community."

"It is important that we need to celebrate each other as Africans and have those dialogues about why Africa has become the dark continent."

"We need to confront the issues that have hindered development and growth in the continent."

Apart from his exciting upcoming show, Maqoma was recently honoured with an international accolade.

The purpose of this prestigious award is to recognise those who have made significant contributions to the arts and/or literature, and have influenced the growth of these disciplines.

Maqoma, the founder of Vuyani Dance Company, was given the honour for the outstanding work that he has been doing.

The dancer is regarded as a social justice activist and known for his legacy programmes in the creative industry.

"It is a humbling experience to be recognised, especially by another country. This award means that whatever I am doing, I am doing right and I must continue working hard."

The dance piece opens on May 25 at the John Kani Theatre at the Market Theatre in Newtown, Johannesburg.