'I feel like I never get recognised' - Deborah Fraser 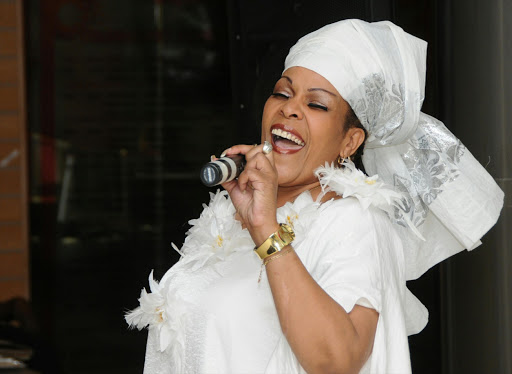 The talented vocalist whose latest album, Uhambo has scored her a SA Music Award (Sama) nomination, says she is still not recognised for all her hard work and effort she puts into her music.

"I am not one to sing choruses. Of course I have at least two of them on each album but I am one of those artists who composes her own music.

"I sit down, write and compose all of the songs on my album," she says.

"But sometimes I do feel like I never get recognised for this in the industry. It is OK for other artists to have albums and focus entirely on choruses because we are all praising God but sometimes others get more attention."

Fraser, who was first introduced to the music industry as a backup singer in 1985 and started recording on her own in 2000, says she is, however, satisfied with the state of gospel music at the moment.

"Other music genres come and go but gospel music is always going to be around.

"We have a number of artists who are doing really well at the moment and I am happy about the state of gospel in the country. It just saddens me that we can't seem to get rid of piracy."

Fraser is nominated in the best traditional faith music album along with late Sfiso Ncwane, Spirit Of Praise, Teboho and Zaza for the awards to be staged at Sun City in North West later this month.

"It is an honour to be nominated. It shows that there are some people who still believe in my music and the role my music plays in the lives of people.

"It shows that if you do well, these are the kind of rewards you get."

On her 30 years in the music industry, Fraser says it has been a good but also "tedious" journey.

"A lot of things have happened, some good and some obviously bad, but I would say if you know your foundation as an artist you always have a back-up to fall on when it gets tough.

"I have always gained strength in God. My fans also call me and some write letters telling me how my music has helped them and that has been very encouraging to me."