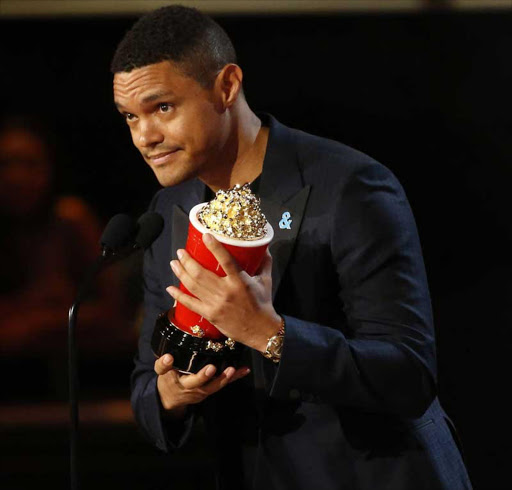 SA-born comedian Trevor Noah used his win at the prestigious MTV Movie and TV Awards to give a shout out to his mom... and Donald Trump.

Trevor was awarded the Best TV Host at the first ever MTV Movie and TV Awards, held in Los Angeles on Sunday.

A smiling Trevor took to the stage to accept his award and dedicated the historic win to his mother, Patricia Nombuyiselo Noah.

"She is a powerful, strong black woman who didn't listen when they told her she couldn't be more," he said in his acceptance speech.

He also went on to thank his team at The Daily Show , before turning his attention to US President Donald Trump.

"Thank you to Donald J. Trump for the comedy. The J stands for Jesus, a lot of people don't know that,"he said.

His win was celebrated by local fans and celebs who took to social media to congrats Trevor on his achievements.