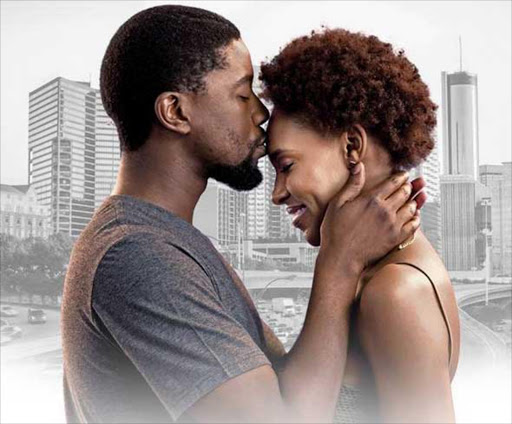 "Is this real"? A minor character, a film director, ironically poses the million dollar question towards the end of Love by Chance.

The question will undoubtedly pop up on the minds of the audience throughout director Samad Davis' cluttered mess.

The film has many bright ideas erroneously crammed into one plate so much so that it bombards the audience. As a result the film comes off as terribly disorganized. Top of the list, what it lacks is the art of simplicity and elegance.

The film follows the story of two aspiring actors from South Africa, played by Atandwa Kani and Altovise Lawrence, trying to break into Hollywood.

While Davis prioritizes melodrama and gimmicks, another thing lacking with the romantic comedy is heart – an essential muscular organ needed in order to pump life into the genre.

Davis' directorial effort has a long list of sinful missteps that could take all day to compile; a draft so long that it could rival a list of reasons on why 'Zuma Must Fall'.

The cons range from the scratchy score to the screenplay and jerky editing. But ultimately the blame falls on the director, after all he is the one captaining the ship.

On the sunny side, the acting talent in the film is undeniable. Kani pulls off with ease his character's cockiness, verve and self-importance. Lawrence makes her mark bringing so much vulnerability, ingenuity and innocence to the table.

The two leads charm their way through any oversight in the film and are the movie's biggest saving grace. The camera simply loves Mr Kani and Miss Lawrence, especially on the big screen. The energy and chemistry shared shows that they gave it their all and earned a well-deserved bow.

The film's most promising central theme lays in the satirical critique employed in the depiction of the struggles contemporary aspiring actors face in Hollywood.

Without taking itself too serious, to an extent the film manages to capture the conflicting emotions artists go through in a competitive space. Add romance to the mix and it gets even more volatile, although the execution could have been far better.

The film does not leave a lasting impression. It comes off as silly and try-hard. Not once does it excite, entertain nor enthrall.