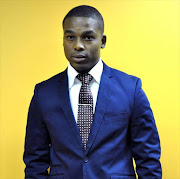 Tazz Nginda aims to put the Eastern Cape on the map. / Supplied

Tazz Nginda put his acting on hold to invest his time in the Eastern Cape Entertainment Stars Awards.

He could not have predicted the challenges to come.

The inaugural awards were meant to celebrate prominent figures in the entertainment industry who were born or raised in the Eastern Cape.

Nginda recalls the disappointments, including sponsors pulling out at the last minute.

“It was not easy at all … For example, we had a sponsor promise us three chartered flights to the Eastern Cape for free but then on the last day decided to pull out without any communication. No e-mail, no SMS, nothing,” he says.

The actor partnered with fellow event organiser Mandla Makwela to bring the awards to life. He said that, in a comedy of errors, his gold statuettes were delivered to a wrong place on the eve of the awards.

“We had to use a decorative vase which I got from the hotel to give to winners so they can receive and pose for pictures,” says Nginda.

Besides a number of hiccups, the awards were held three months ago in the Eastern Cape. The trophies were eventually handed over to the winners, which include actresses Nambitha Mpumlwana, Brenda Ngxoli, Nkosi Sikeleli’ Afrika composer Enoch Sontonga, musicians Anga Makubalo and Simphiwe Dana.

Madam and Eve television actress and best actress award recipient Tina Jaxa says she was happy to be honoured by her own people.

“In everything that has been happening, including winning awards on other platforms, this particular award is tying everything together,” Jaxa says.

“It is saying to me that go ahead, everything has been approved by your own.”

Actor John Kani and his son Atandwa were honoured for their contribution to theatre.

Acclaimed designers Thando and Vanya Mangaliso of Sun Goddess and Laduma Ngxokolo of Maxhosa fame were recipients too.

Nginda is back on the screen in the role of sexy detective Tyeku on Igazi, the Sunday drama on Mzansi Magic.