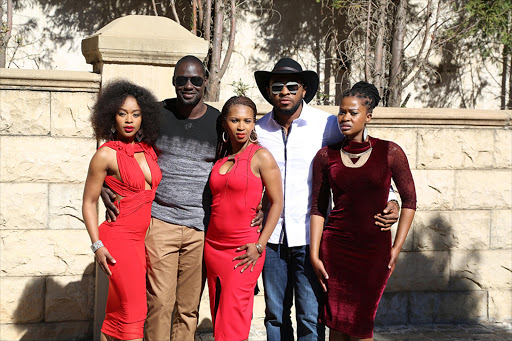 Actress Katlego Danke was thrilled to be cast in the romantic comedy, All About Love, a project which has shone light on African talent.

She plays role of Sarah, a sweet and humble girl next door . Her character in the SA film is on the journey of finding true love.

"It was very exciting working with actors and actresses from all over Africa, some of them I knew and some I didn't know, but are very talented. It is great to know there is talent all over Africa," Danke said.

"Being united through a project like this was amazing. We need to come together on projects like this more.

"The standards of film in South Africa have gone up. We all need to get on board, support and invest in local content and understand how the dynamics work."

The film is the work of a trio of Nigerian filmmakers - director Adze Ugah, producer Elvis Chucks and scriptwriter Kingsley C Okolie.

"It was definitely a conscious decision to use a Pan-African cast to show others that we can also do this," said Chucks, who also funded the movie.

Mbatha, who plays a cameo role in the film, said she thought the idea of uniting African actors and actresses was "lovely".

All About Love recently bagged the Best Film award for this year's African Magic Viewer's Choice. Ugah believes it is set to boost SA film.

"I watched Kalushi and thought, wow, this is a brilliant film. My desire is that more films like this be made in Africa. It is also important that we produce content that reminds us of where we come from," said Ugah.