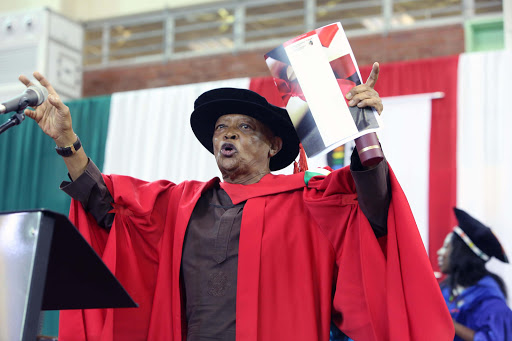 Trumpeter Hugh Masekela was this week awarded an honorary doctorate in Music by University of KwaZulu-Natal on his birthday.

The legendary singer was recognised for his talents as a world-class performer, entertainer and for being an inspiration to several generations of South Africans. Masekela who has been vocal about the preservation of African cultural heritage preached the same gospel when addressing academics at UKZN.

"I request you to consider issues that pertain to restoring the excellence of African heritage without abandoning the best elements we inherited from the West," he says.

"First of all, let us examine the history of our continent.

"It will lead us to understand that these borders we live in are only 131 years old, and were created through colonial military onslaught on Africa. ."

Masekela said indigenous music and dance need to have buildings in Africa such as those of ballet companies and symphony orchestras.