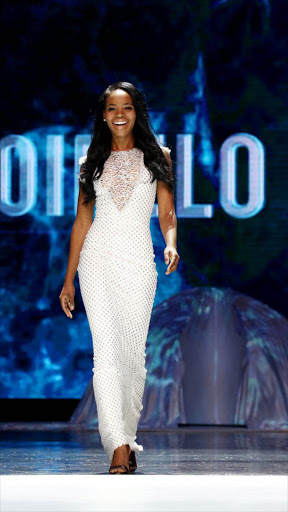 Boipelo Mabe believes her achievement at Miss SA 2017 will inspire young girls from underprivileged communities to reach for their dreams.

Mabe from Alexandra came third in the national pageant that was won by Demi-Leigh Nel-Peters from Western Cape. Ade van Heerden, also from Western Cape, came second. It was held at Sun City in North West.

Speaking to Sowetan at the coronation ball, Mabe, whose father is a taxi driver in the township, said her status had been elevated. "I'm no longer just Boipelo from down the street. I'm seen as a role model and someone doing something right with her life. I was obviously gunning for the crown, but I'm happy with how far I came," she said.

Nel-Peters said she wanted to be a "beacon of hope" for the less fortunate. One of the night's highlights was the surprise appearance of Rolene Strauss, the former Miss SA and Miss World, who announced the top-five finalists.

The Superbowl exploded with performances from the likes of Thami Shobede, Da L.E.S and Lebo M, Ziyon, DJ Kent, Nandi Madida and Dominique of IdolsSA fame performed a mesh-up of songs.

Lira performed her rousing version of Something Inside before the question-and-answer session of the finalists, while Lebo M delivered a stirring rendition of Circle of Life.