Skeem Saam wins big for being the 'most multi-lingual soapie' 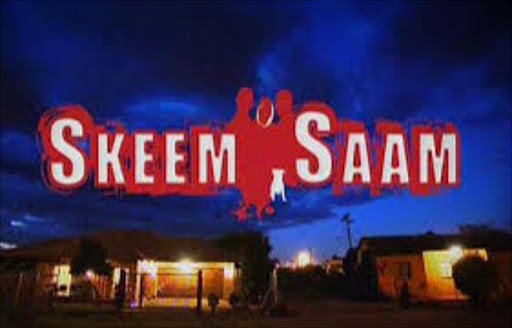 Popular SABC 1 soapie Skeem Saam emerged victorious at the recent Pan SA Board Language where it scooped the most multi-lingual soapie award.

Actor Clement Maosa (who plays Kwaito) beamed with pride as he shared the news on social media.

The popular soapie won the award as a TV show that continuously promotes “multilingualism and diversity of South African languages“.

Skeem Saam spokesperson‚ Percy Vilakazi said‚ “it is such an honour to receive this award. It is a prestigious award and as a TV program that promotes and campaigns for South African languages‚ we are so proud to have received it.”

Percy added that he believed the setting of Skeem Saam (Turf loop and the Johannesburg University) gave them the space to embrace different languages.

“The soapie has always been about diversity and the cast and crew in its self is very diverse but we are all happy. Winning is always good!” Percy added.

The Pan South Africa Language Board is currently running a language activism campaign‚ which it hopes will encourage people to embrace the country’s different languages.

Skeem Saam was nominated alongside other popular soapies Uzalo and Isibaya.

South Africa thank you again, #skeemsaam got awarded as the Tv programme that seeks promoting multilingualism by #PanSALB #Liveitspeakit
Next Article