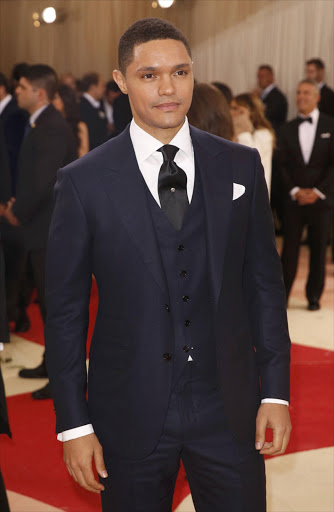 Television host Trevor Noah arrives at the Metropolitan Museum of Art Costume Institute Gala (Met Gala) to celebrate the opening of "Manus x Machina: Fashion in an Age of Technology" in the Manhattan borough of New York. REUTERS/Lucas Jackson

Comedian and The Daily Show host Trevor Noah has bought himself an apartment in Manhattan for over R130-million.

According to The Wall Street Journal the deal closed on Monday and Noah’s swanky new pad has impressive views of Midtown and Downtown Manhattan from the master bedroom and terrace.

The three bedroom duplex penthouse is in Stella Tower located in Hell’s Kitchen. Noah already lives in the building and has previously said that it is near the set of The Daily Show.

The Wall Street Journal is reporting that it is one of biggest sales for a residential unit in Hell’s Kitchen.

The news comes just days after Anele Mdoda‚ Sizwe Dhlomo and Khaya Dlanga went to California with Trevor and his girlfriend‚ Jordyn Taylor to celebrate the comedian's birthday.