‘It feels great to be recognised’ - Warren Masemola 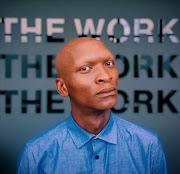 We had a chat with multi-talented actor Warren Masemola at the South African Film and Television Awards (SAFTAs) nominee’s dinner party held at the up-market Room Five in Rivonia, Johannesburg.

The room was full of industry heavyweights such as Jerry Mofokeng, Brenda Ngxoli, Linda Sebezo and Tina Jaxa.

All of the aforementioned stars have received a nomination for this year's SAFTAs and the dinner aimed to pay it forward by honouring all the contenders.

"It feels great to be recognized for the amount of work that I put in," he says.

On the night, his evening-wear sartorial was a tailored and relaxed casual suit, styled with ankle-shielding boots. The charismatic actor ascended the stage twice to take his deserved bow when his name was called and every time the room was filled with roaring applause.

His impressive acting resume includes roles in TV shows such as Scandal!, Ayeye and Ya Lla. But perhaps it is his role as gay character Thokozani "Thoko" Chanel on SABC 1 comedy series Thoko Ses'Top La that has stretched his acting muscle beyond belief and left a mark.

Masemola cannot wait for the weekend of 16-18 March, when the awards will be handed out over two nights in Sun City.

He is currently captivating audiences on Mzansi Magic TV drama Saint and Sinners on Sunday nights.

"I did expect to be nominated, maybe even if it was once because like I said I have been putting in a lot of work. I have been involved in a couple of productions and I believed that with the work that I put in I would be recognized," Masemola says.

"I might take both, I might take none. The work has been done. The audience have loved it. The judges have seen the work that has been put into it. I think my part has been done and whether I win or not would just be a bonus."