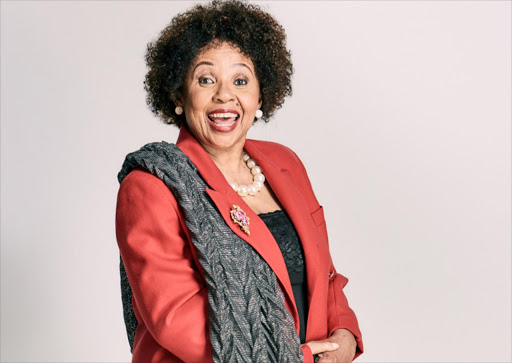 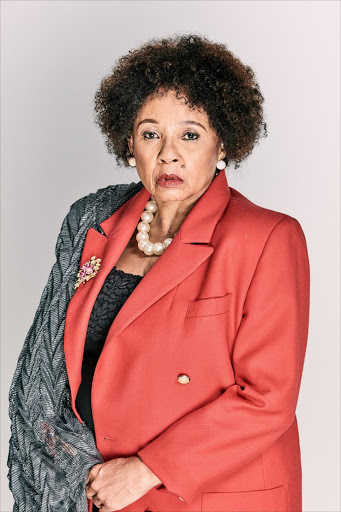 The woman who charmed her way into the hearts of television viewers in the 1990s with the Zama Zama game show on SABC1 will star in Broken Vows, a new e.tv daily drama starting in April. Nene's last gig was in 2001 as one of the hosts on The Toasty Show, also on e.tv, where she portrayed the sassy and flirty, cleavage-baring Zsa Zsa Gabor.

Yesterday, an upbeat Nene told Sowetan that acting was in her blood. "Born an actor, I will die an actor," she said.

Nene added that by the age of six she was already on billboards as a performer and was bound to return to acting. While away from the limelight, Nene ran her own Nomsa Nene Properties, which operates in the northern suburbs of Johannesburg.

"After Zama Zama dumped me, I was hurt. I had to find something to do, sell things ... I grew up in Orlando East in a two bed-roomed house. All I ever wanted as a child was to have my own bedroom and a bathroom. So I went into property and discovered that it is my second love."

"Broken Vows came at the right time. I had been offered roles in the past but they were not what I wanted to do," she said.

Nene survived a horrific accident in 2004 leading to a daily newspaper and a national radio station announcing that she was dead. A man was killed in the crash. She said her fans often ask her when she would return to television.

"I'm determined to do well in this role. It's the beginning of my second era and I'm open to offers," she added.

Nene said standing in front of the camera after 16 years was a challenge.

"I was nervous to audition because I was a little rusty and couldn't memorise lines well. The producers saw past the nerves and said they would bring me back.

"I fell in love with the character of Lydia, a former ballroom dancer who falls on hard times. She becomes bitter and resentful. A lot of women who end up in that situation will relate to what she is going through.

"Believe in your dreams and improve your life everyday. There is a three-year-old DJ out there. God gives us all talents. There can never be another Nomsa Nene. I give my all in everything I touch. Nomsa Nene is back on TV, I'm positive about life." - mofokengl@sowetan.co.za