EXCLUSIVE: Rachel Kolisi on internet trolls and Siya getting 'gatvol' 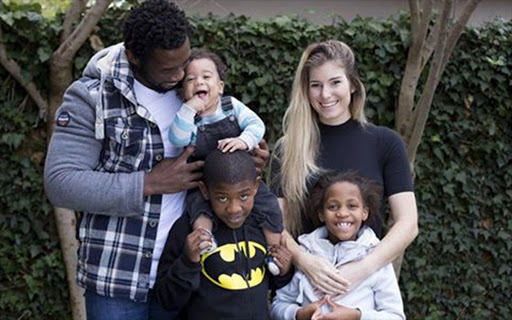 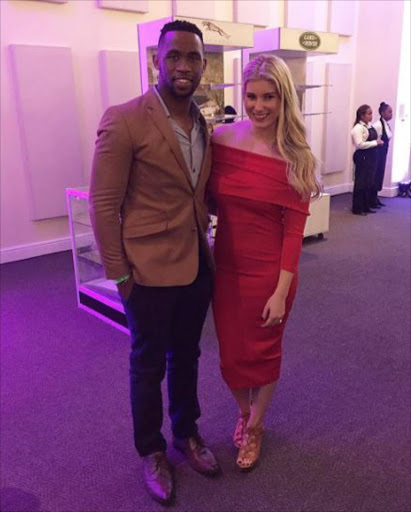 Rachel Kolisi says she and husband Siya have had to develop thick skins to be able to disregard offensive posts made online‚ criticising their relationship. But she admits the last cyberbullying incident left her rugby player husband feeling “gatvol“‚ wanting to lay criminal charges.

Kolisi says that she and Siya have battled racist internet trolls for the greater part of their relationship‚ with the cyberbullying reaching new heights in December 2016.

“To be brutally honest‚ I really don’t care what South Africans or any other person do or think about my marriage. I’ve got no time for that rubbish.”

While Rachel remains calm and collected when detailing the nature of the online abuse‚ many insults and racial slurs thrown at the couple are jaw-dropping.

The couple initially had to deal with insults such as: “Why do all black rugby players marry dumb blondes?” In the beginning the trolls went after her husband but recently started attacking her and her son‚ calling him a “half breed“.

“Something that often pops up in messages from trolls is ‘in the Bible it says God does not condone mixed race relationships‚ or animals were not made to mix’ and I normally drop them a quick message to let them know we don’t serve the same God.”

Speaking from her home in Cape Town‚ she said social media abuse is real but trolls often hide their identity with fake profiles.

“The meanest thing that someone has said was that my husband sits with all of his friends thinking about how he is going to rape me or how they all going to rape me together or that my son is a half breed and I have a contaminated vagina‚” she said.

A Facebook user posted a picture of the couple along with the caption: “I pray that this does not happen in my family. Honest to God‚ I would not know what to do.”

“This last case we were considering legal action‚ I think especially Siya was a bit gatvol of it but I think anyone who has received the amount that we’ve received you kind of do get tired of it‚” she says of the hate directed at them.

“We are always on par and agree on this kind of stuff. We literally laugh about it and then have a chat with the kids.

“Every time it confirms our love even more‚ every single time. Life is too good for us‚ we love life.”

At present users can report offensive posts to Twitter or Facebook‚ but there is no guarantee of action.

“I definitely think there should be a law against the cyberbullying racial abuse. Even with my situation‚ I would report tweets and they would reply saying ‘we didn’t find any problem with it’.”

According to social media specialist Sheena Kretzmer‚ there are no specific laws outside of defamation of character and harassment or intimidation‚ that can be used in cases involving internet trolls. However the new hate speech bill could offer an additional avenue for tackling cyberbullying‚ once finalised.