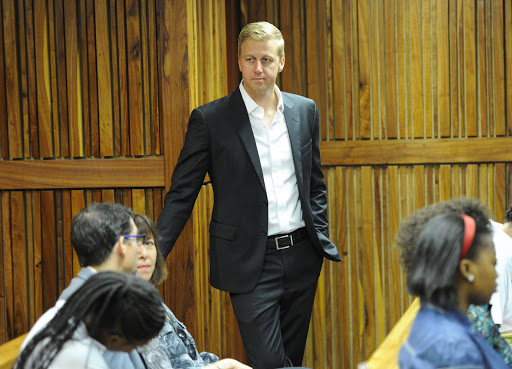 TV host Gareth Cliff waits at Johannesburg high court, prior to a hearing regarding the ruling against his layoff on January 29, 2015 in Johannesburg. AFP / STRINGER

Gareth Cliff has raised the ire of some women after posting a meme of the women’s protest against US President Donald Trump at the weekend. The caption on the image is that “Donald Trump managed to get more fat women out walking than Michelle Obama did in 8 years.”

The image posted to his Instagram account immediately caused a debate‚ with offended women slamming Gareth for ‘fat shaming’.

“Ugggggg...why just why. I don’t see the point in fat shaming anyone...I just don’t‚” wrote one user. “This isn’t funny‚ it completely discredits such an inspirational movement. This is disrespectful and sexist and one of the reasons so many women marched. Sexist jokes are never funny‚ I thought you were smarter than that‚” added another.

At the same time Gareth had women defending him‚ telling the angry women that it was just a joke. “I’m a grown woman and I found this funny . A little laugh a day doesn’t kill . It’s not that deep.”

Thousands of women joined forces across the globe and marched in protest against Trump’s presidency.