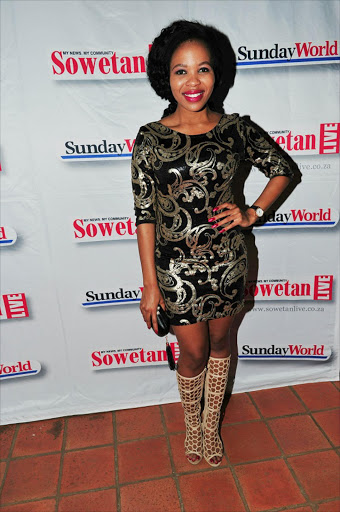 After losing out on Idols SA glory two years ago to Karabo Mogane, she now steps out as an actress.

Moremi has been announced as one of the leading faces of the SABC2 drama Bone of My Bones.

The drama that promises to be gripping unfolds as Karabo, a musician wanna-be, struggles to break into the music industry.

This leaves a frustrated Thembi to bear the brunt of being the bread winner who keeps the family afloat financially on a modest school teacher's salary.

Moremi gushed: "There's a first time for everything, I am excited about the role and feeling blessed to a part of such an accomplished cast as this. The role puts me in a different light from the singing girl everyone loves.

"I've always wanted to sing. I didn't grow up wanting to act, I discovered it in high school and in tertiary my love for it grew further. I decided to go for lessons from Fumani Shilubana, who acted as Detective Dabula on Isidingo. When I got the opportunity from Idols I decided to use it to show off my other talents, including this."

Moremi was the leading lady in the stage musical A Tribute to the Manhattan Brothers at Soweto Theatre last year.

Not that Moremi has turned her back on music. In fact, she will be recording her debut album live on March 3 at Atterbury Theatre in Pretoria.

She said of the album: "It's called The Definition of Me; people will get to find out more about this woman they love so much. I am a born- again child of the most high, woman of God. Expect songs that will speak to normal people, especially women.

"I'm independent on this one, only using a live band. My secret has always been prayer. And I have a lot of surprises and announcements to share."

Her spokeswoman Zandile Xan Moeketsi shared that Moremi doesn't hold back on the album. "It's a spiritual soul album. The songs are about God and general life challenges. It is an album that caters for everyone. Although Mmatema is a Christian, in this album she concedes that there are other life challenges. The other songs speak about being a woman who gets asked out and she expresses her other relationships."