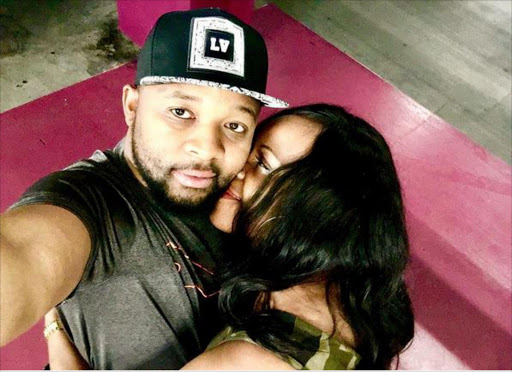 Nyan’Nyan host Luyanda Potwana has finally decided to introduce us to the woman who stole his heart.

The TV personality has reportedly been dating his current girlfriend for two years‚ but has tried to keep their romance out of the public eye.

Through a series of pictures shared on social media Luyanda showed off his American bae‚ and how besotted he is.

“When a Yankee American woman gets charmed by a South African n***a‚” he captioned one of the pictures.