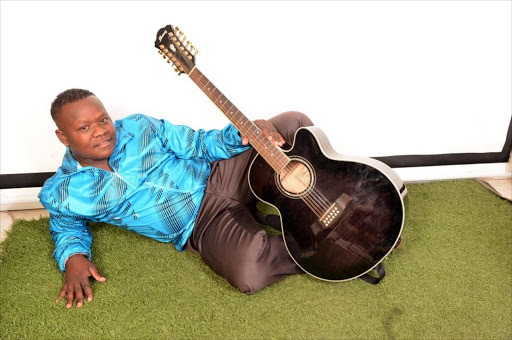 Mroza Fakude's song was named SABC Summer Song of the Year 2016, causing a stir as most of the country had never heard of the song or the singer.

According to SABC, it earned more votes than better known hits Wololo by Babes Wodumo and Ska Bhora Moreki by King Monada.

Mroza's song, Van Damme, quietly gained popularity in his home province of KwaZulu-Natal late last year. But no many would have vouched for it clinching the coveted SABC title.

The song is inspired by the iconic Belgian action movie actor Jean-Claude van Damme, who is known for his exceptional martial arts skills. The song encourages people to believe that anything is possible.

Mroza becomes the first maskandi musician to win the public vote. A few years ago, maskandi group Shwi Nomtekhala came close to winning with their song Ngafa, when they took second spot.

Mroza, who released his sixth album, titled Kwakhala Nyonini, under Mabala Noise, won by a big margin of votes. The runner up was Monada, followed by Babes Wodumo, Dr Malinga's Akulaleki and Durban's Finest's Umsindo.

According to Owen Ndlovu, the brains behind SABC Summer Song of the Year, they were not surprised by Mroza's win. Ndlovu said the maskandi star led the votes as early as December 16.

"He dominated the votes but had tight competition with King Monada. We received most votes when holidays started. We would receive 50000 per day. But towards the end of last week, we were getting 100 000 votes a day."

Thobela Dlamini, stable manager of Mabala Noise, said Mroza won because they had a concrete promotional plan. He said it had always been their wish to break new ground and make history.

"We had to do it in style by taking the SABC Summer Song. We are excited because it has been our aim to prove that maskandi is a respected genre."

King Monada said though it was a shock that an artist who was not even in the top five won, he was happy for Mroza.

"We congratulate him for a job well done. Coming second for me is still a big achievement."

Attempts to get hold of Babes Wodumo were unsuccessful as her cellphone was switched off.