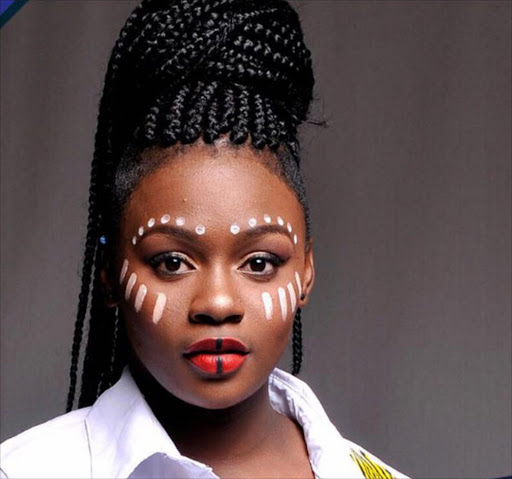 Stardom, like genius, is fairly easy to recognise but almost impossible to define.

All we know is that it exists by public consent.

When a sufficient number of customers decide that a performer is a star by buying their music, then she or he is a star.

That theory seem to be true for the Eastern Cape music sensation Amanda Antony, known to her fans as Amanda Black.

The 2015 Idols top 10 contestant, who has dropped her debut album, has proven she has that star quality.

Her album, Amazulu, was released three weeks ago and it has gone platinum, selling more than 40000 copies.

To reach platinum status, an artist needs to sell 40000 copies.

With the industry hard hit by music piracy, for any musician to sell 20000 copies is a feat.

The newcomer born in Gcuwa, but raised in Port Elizabeth in the Eastern Cape, is on cloud nine.

She says her CD's success in just a month of release was due to hard work by her and her team.

"Wow! I am still overwhelmed by the performance of the album. We did not expect it to come to this so early, but I had hope," Black says.

"I can say our hard work has finally paid off. I still cannot believe that people have embraced my music this way. My parents and grandparents are the biggest fans."

When the 22-year-old went to the studio she had one thing in her mind, to create a unique sound that defines her.

For Black, whose professional career started this year, everything still seems unreal.

But, she is sure of one thing, that she is where she always wanted to be.

"This whole experience is surreal for me. I am living my dream. Ambitiouz Entertainment saw something in me that I am yet to discover.

"I've always believed that talent can take you so far and a great team can take that further. I'm blessed to be living my dream.

"And now the real hard work begins as I build from this point onwards."

The songwriter and guitarist prefers to define her sound as Afro-soul fused with hip-hop, a bit of blues and R&B. Her lyrics are in Xhosa and English.

Amazulu, the title track, is a fusion of African-inspired beats with soul music and strong lyrical content with a powerful voice that makes this song a hit in its own category in the industry.

"In this album we have taken the creativity to another level. If you listen to Amazulu, I used a hip-hop beat and it worked well.

"The album is inspired by different sounds because of the music I listened to when I was growing up. I used to like the music of the late Whitney Houston.

"I have tried to fuse digital and live sounds."

For the offering she worked with a team of young and talented songwriters and producers, such as Sjava and Lunatik, who produced K.O's famous song Caracara, and Ameni, featuring Ms Pru, Fifi Cooper and Emtee among others.

In the new album she also used the songwriting skills of people like Crister Kobedi and Flame.

"My songs are about my feelings. The inspiration depends on how I feel that day.

"The process of writing is a very spiritual and emotional process for me," Black says. "Sometimes I sit down with my guitar and the lyrics will start flowing. Some of the songs are guided by the beat."

Black who made it to the Idols Top 7 last year, began singing while in preschool.

Her friends recently reminded her how she sang a song called Umam'uyajabula everyday when she came back from preschool.

It was only at the age of 12 she started publicly performing, taking part in a talent search and performing.

At the age of 16, her mother bought her a guitar, whose strings she broke from time to time as she struggled with her playing lessons.

She graduated in April last year, and began writing her music.

"I remember at the age of six I was performing at family events. It was easy for me to choose music as a career because I have been doing this since I was young."