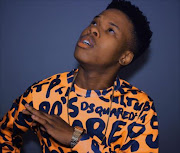 After sending a small events company from pillar to post refusing to pay, Mabala Noise Entertainment has finally paid up, thanks to Sowetan's intervention.

In a bid to avoid embarrassment, the recording company paid R145000 owed to Zimbi Events Company.

The fee was part of the settlement between the two parties after the company's artists (DJ Bongz and Nasty C) failed to perform at a Zimbi event that took place at Moriting Park in Tembisa on October 29.

"The problem started two days after they had promised to pay.

"The money was not transferred. They kept coming up with excuses like that they were waiting for [the] OTP [one-time pin] from the bank until yesterday.

"We even asked our lawyer to send them a letter, but they still did not pay us.

"They knew that we have another event coming in three weeks," Machaba said.

Manager of artists and repertoire at Mabala Noise Skhulile Nzuza initially refused to comment, saying the issue was with their lawyers.

An hour later, the R145000 reflected in Zimbi Events' account and a notification SMS that Mabala Noise had paid arrived.

They further agreed to provide Zimbi Events with one of their own artists to perform for free at an upcoming event on December 3.

Zimbi and Wageng said Mabala broke a promise by refusing to avail DJ Bongz on December 3.

Last week they discovered DJ Bongz was going to perform in Gaborone, Botswana.

"Mabala had agreed to avail Bongz for our upcoming event," they said.

"But we can see that he won't be there because he has [a] gig out of the country on the same day."

Mabala spokesman Mhlo Gumede said DJ Bongz was no longer going to perform in Tembisa on December 3 because the organisers were refunded.

"We are still waiting for them to confirm so that we can book plane tickets and a car for him."