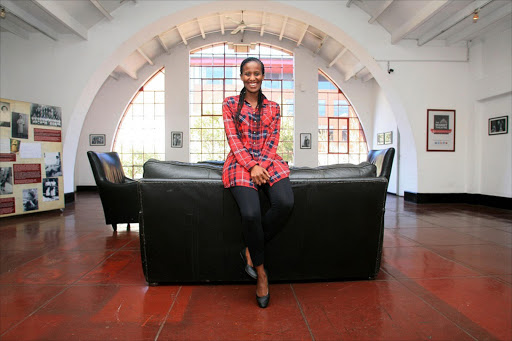 A group of actors is pleading poverty after producers of the movie Winsome allegedly ditched the agreement to pay them 5% of the film's profits instead of salaries.

Former Scandal! actress Masasa Mbangeni, Vatiswa Ndara from Home Affairs, Loyiso MacDonald of The Queen and Khayakazi Kula, who was on SABC1's Intsika, claim executive producers Nkuli Sibeko and Mlamleli Maki, from Jack&Jill Productions, have not paid them a cent. The movie was shot in 2014.

The memorandum of understanding noted the movie was to be shot as an independent feature film over six weekends.

"The main cast were offered equity in the project in return for the waiver of their usual call fees," read the document.

"The producer will gain 5% profit share which will be paid from the net profits after the deduction of government taxes. The payments will occur on a milestone schedule. Each milestone is the sum of R500 000 from various distribution avenues that the movie will utilise," noted the agreement.

It further stated that a collection agent, Paul Raleigh from Itana Insurance, would keep records of profits and ensure transparency and that all parties were paid.

However, actors argued they were yet to get paid. The film had eight lead actors initially, but veteran actor Hlomla Dandala and Zandile Msutwana pulled out, allegedly over payment issues.

"We want our money. The last we heard from them [producers] was when they invited us to the screening in Maboneng and they wanted us to be on the red carpet. We all boycotted it because they were not saying anything about our payments. We have bills to pay too," Kula said.

She said the movie has made money from screenings at the recent Pan African Film Festival in the US before it played on Mzansi Magic in August.

Ndara said the producers have also been reluctant to show her financial documents to verify the movie's income.

"The movie [was] screened in Los Angeles last year. The whole world has seen it and we are not getting a cent for it. They tweet about moving to new offices and what about us?

"We want to know if they will ever pay us because they are not the most honest people," Ndara said.

In her defence, Sibeko said to date the movie had not made profit.

"We couldn't find a distributor to pick the film up and let go of our cinematic release hopes, which is the highest point of potential revenue generation for film. When we were selected for the Pan African Film Festival we informed all the actors. But got no response from any of them," said Sibeko.