Nyaniso's battles with ‘blackness’: I felt unacceptable and not good enough 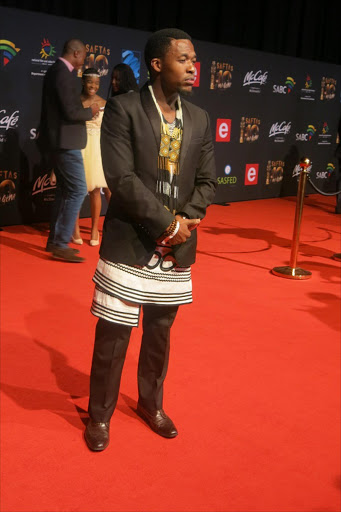 Actor Nyaniso Dzedze has had his fair share of battles coming to terms with his identity as a black man.

Struggles‚ he says‚ once left him wishing he could afford surgery to change his skin complexion‚ in order to be accepted.

The former Ashes to Ashes actor took to Instagram on Tuesday‚ in the midst of a tribute to his mother and girlfriend‚ to pour out his soul on “being black” and the insecurities it brings.

“For years I have had a struggle with my blackness. But then again what black child doesn’t or hasn’t at one point or another? Around the whole damn world! We learn to hate ourselves and wish we were something else‚ anything else‚ something except be our skin colour‚” he admitted.

It’s a battle that Nyaniso knows all too well.

Feeling unaccepted and not good enough‚ the star once turned to ‘Snow White’ skin lightening cream’ and other products to change his complexion.

“I went from how I dressed‚ how I walked (straighten up)‚ talked (be proficient in English)‚ how I wore my hair (relaxing and perms)‚ how I ate (that “uncivilised” eating of hands) to even wishing I could afford surgery the way I wanted to be accepted‚” he wrote.

His insecurities extended to his mixed-race relationship‚ where he admits to once wondering about whether love really had anything to do with skin colour.

It was only when he learnt to love himself and his complexion that he was able to overcome his insecurities and see how incredible “being black” is.

“It really rips at my soul to think of this f*ckery. Because the ‘insecure white man’ couldn’t take how incredibly immaculate we are so he told us all of the lies we now believe to empower himself from all the insignificance he feels in our presence. It took me what felt like forever to even begin the possibility of loving myself‚ but I am now really looking at that possibility and God dammit it is quite plausible that there is a lot to love‚” Nyaniso wrote.