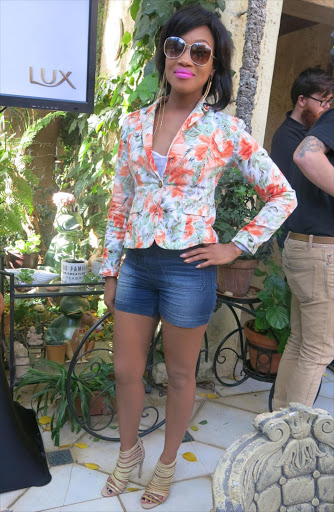 After her bout as the miserable Mpho on Ashes to Ashes, actress Nyalleng Thibedi looks forward to conquering the big screen.

The e.tv telenovela wraps up its second run tonight after it was given a season's extension and Thibedi looks back on it with pride.

"We all got on board knowing that it was going to end because e.tv has the thing of keeping the 8pm slot fresh. The ending of season one was a cliffhanger while this season' s ending brings some sort of a resolution.

"The whole story is about this family that is rich but did certain things to get the wealth. It's believed their struggle is because of those bad things they did."

Reflecting on her character and without giving away too much, Thibedi says Mpho got a raw deal.

"She has had such as a sad and miserable journey, added to that, she is pregnant and hormonal.

"Physically she is not doing very well and Mpho's fans and the viewers will enjoy to see her happy. I think it's a lovely and happy ending for her.

"Even on Twitter people rant about how miserable she is. Tsietsi has outlets, work and a girlfriend, but Mpho is locked up. I think they will enjoy to see her happy finally."

"... Because Mpho has been so sad, her wedding was one of the highlights for me. She would draw happiness from wherever she could, any ounce of happiness she would latch on it, and the wedding was a happy moment for her, she went home and spent time with people she loved."

Thibedi, who is a chemical engineer by training, says when she set out to do acting she had realised that engineering was not a calling.

"I did the whole soul searching, I went to the US and did theatre there. Normally actors who do theatre and venture into TV as a long-term career, aim for a prime time show. Ashes did that for me.

"I struggled when I came back from the US to get work. I went to all the big shows. I don't remember how many times I auditioned at Generations. So when I got Ashes it was such a pleasant surprise.

"I was delighted to be on a show that depicts storytelling in an American way. The cameras are not mounted in the studio, they move and that creates an ambience and drama. The quality with which the story was told was awesome."

Thibedi also pays tribute to the cast that includes Patrick Shai, Nambitha Mpumlwana, Nyaniso Dzedze and Richard Lukunku. She boasts that all of her colleagues studied acting or well experienced.

"The more qualified and experienced your vessels are, the better for the message you want to portray. There is a business orientation towards the craft on the show."

Thibedi says she is throwing her energies in doing feature films.

"People are coming to shoot here (SA) and there are so many productions coming up. The era of the struggling artist is about to end." Soweto-born star's other passion is education of young girls and says she will be doing "something" to make science cool to young girls.