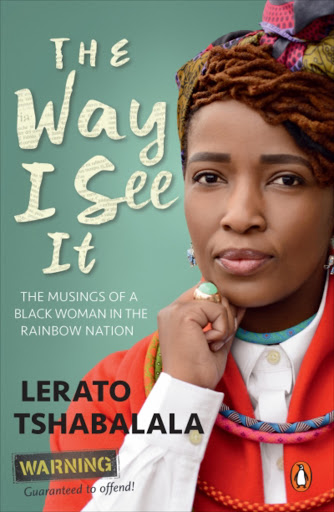 Lerato Tshabalala shares her life experiences about being raised in a tiny house in Soweto by her grandparents to becoming a successful manager in the media industry in her recent book The Way I See It: The Musings of a Black Woman in the Rainbow Nation.

The book is filled with satire and oxymoron, which could explain why so many people are talking about it.

Following a number of relationships which did not work out, she shares her views on dating, black economic empowerment, entrepreneurship, shoddy workmanship and money.

However, the book's biggest shortcoming is that Tshabalala tends to look down on blue collar workers, pulling out generally uninformed statements, unnecessarily.

For instance, in a chapter on black domestic workers, Tshabalala spends about 10 pages bashing them and only one expressing her gratitude on how they generally make lives simple, and surprisingly says: "And so this chapter is dedicated to these hard working women of South Africa."

While she supports black economic empowerment, Tshabalala says she prefers white service providers instead of black-owned companies because of the latter's incompetence.

However, while reading the book, one got the sense that the criticism comes from a good place.

This is especially so when she relates her life experiences and the fact that she would like to see incompetent black service providers professionalise their services.

She also describes people from Joburg south as guys who might have guns or the women are always ready for an argument.

She also refers to black people who say white people in the corporate sector cannot be trusted as racists.

These are some of the comments that have brought her a lot of criticism from the public because she's noncommittal about her definition of racism.

Some of her statements on race include her argument that the empowerment of whites in the corporate world has been at the expense of black people. This, she says, is making black people to mistrust the workplace.

Later on in the book she cites the chairman of one of the country's most successful media companies, which benefits from black consumers, who told her that it was not his mandate to drive transformation and that black people who want transformation should start their own businesses.

Tshabalala should have been aware that real racism is about those who own companies but intentionally deprive black people of opportunities just because of the colour of their skin.

Tshabalala's views on relationships are quite sobering and interrogate the disadvantage of having a live-in lover who sponges off you because they are jobless.

Overall, the book is a wonderful and provocative read, adding hot sauce on social and political discourse.