Amanda Mankayi finally comes into her own 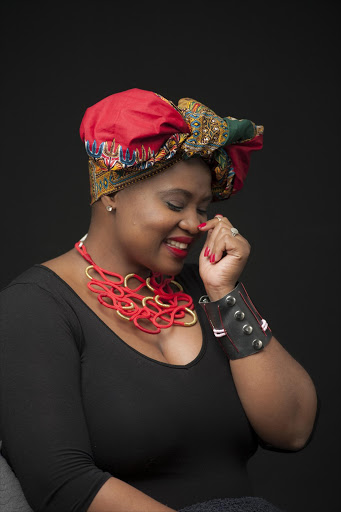 Amanda Mankayi has finally struck gold with the release of her debut album, Zola Ntliziyo.

In 2011 she won the Dare to Dream talent search in Eastern Cape, and for the past five years she has been knocking on doors, struggling to get her music out.

Last week she delivered Zola Ntliziyo, a 10-track album that will surely propel her to greater heights.

Mankayi, 30, is the sister of Nathi, of Nomvula fame, and after his success she moved to Johannesburg to pursue her dream.

Most of the music was written four or five years ago and she says when she composed it she had no idea what it would sound like. With the passage of time she also wondered if the music would still be relevant.

She sings about faith and positivity. For instance, on Ixesha, she says she was brought up to believe in things that you can't see or touch and that's what kept her going while waiting for her break.

The title track is about keeping one humble and grounded in the hustle and bustle of Johannesburg, always remembering where they come from.

"You need a strong character to withstand the challenges here - to not be bitter and harbour disappointments. You have to guard your heart, as it's your life. Speak to your heart and keep focus. It's not only talent that it takes, but a good heart too."

One of the standout tracks is Intomb'Enomvandedwa, in which she sings about being a loner. "I choose to be alone and not follow friends who don't look at life differently and plan different things. I don't have friends, I'm shy to make friends anyway. I'm always at home and if I make a friend it would just happen."

For now she says her friends are Nathi and her husband Siya Sidzatane, who works for British American Tobacco in Rustenburg.

As the first winner of Dare to Dream, Mankayi says there were no structures in place to take her further and even when she recorded music it could not be released since she was so far away from Johannesburg, the centre of showbiz. That was until Nathi's big break.

"There are many things in my life that I doubted would happen and are now happening in my life," she shares.

Mankayi gives an example of how, as a rugby player, she yearned to play for the Springboks.

So she packed her bags and headed northwards to Johannesburg where she ended up playing for the Lions and later went to Bloemfontein for the Cheetahs .

"If you believe you will achieve whatever you want you have to keep at it and never let up, that's what I learned from that experience."

On the music front, Mankayi says her mission now is to take it to the people. "I don't want people to merely listen to my songs and go 'wow'. It would be more fulfilling if it changed and touched lives. Something inside must change."