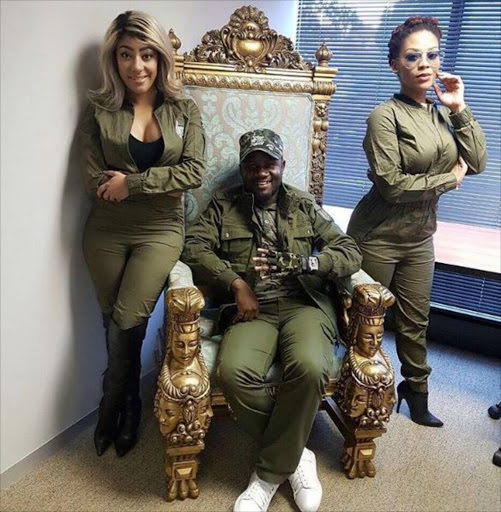 Malema accused the owner of Mabala Noise Reggie Nkambule Nkabinde, who is also the Treasurer General of the ANC Youth League, of using his company Mabala Noise as a front for money laundering.

"Reggie gave each artist registered under Mabala not less than R5million each. Where does Reggie get the money from? No journalist has ever asked that Treasury of the Youth League."

According to Malema, Mabala Noise owner Nkabinde is using Mabala Noise to launder money from Water and Sanitation.

"Where does Reggie make money from Water and Sanitation because he's got some special kind of a relationship with Nomvula Mokonyane. Nomvula likes them young.

"That's how Reggie became a favourite of Nomvula Mokonyane and then received Water and Sanitation tenders as a favourite. Now they are the water money through Reggie - it's a scheme, it's racketeering, it's money laundering - Reggie goes bid [tender] for water and sanitation, then he takes the money, he puts it in Mabala Noise, then the Mabala Noise goes and pays the artists to go and do the dabbing for the ANC. R5million each," he added.

Mabala Noise CEO Sam Lekgota said he was not in a position to respond to Malema's allegation as he had not heard or seen what EFF leader had said.

He however said that Mabala Noise would release an official statement which was not received by the time the article was published.