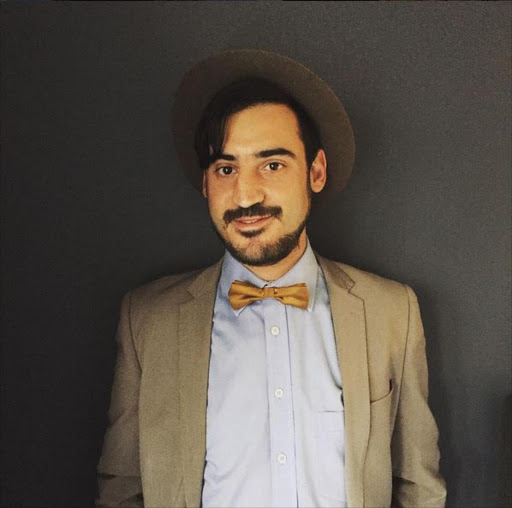 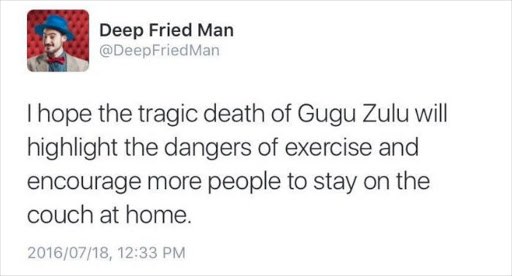 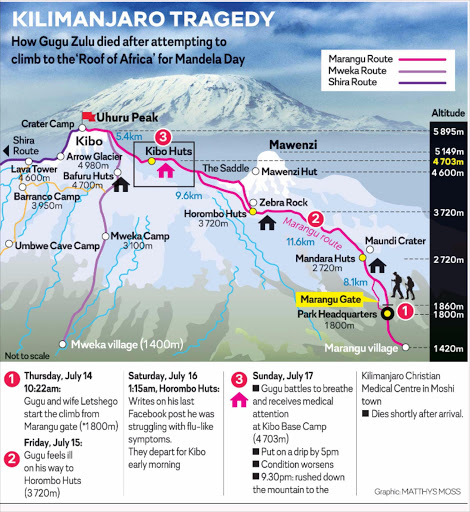 Comedian Daniel Friedman (Deep Fried Man) has defended comments he made on Twitter shortly after news of Gugu Zulu’s death was confirmed on Monday‚ with the funny man maintaining that his comments were referring to what he says is a serious problem.

People say I was ‘poking fun’ at Zulu but really there was a serious point I was trying to make‚ which is that extreme exercise is as potentially harmful as hard drugs. Zulu’s death was‚ I feel‚ unnecessary and it will hopefully stop others from pushing their bodies too far and putting their lives at risk. “

Twitter didn’t appreciate his comments on the social media platform.

He went on to add: “When someone dies of a drug overdose everyone blames drugs but when people die from extreme exercise no-one blames exercise.”

Despite deleting the tweets and now admitting that “the tragedy was too recent and I felt it was insensitive to his family and friends‚” Friedman says that if people don’t like his comments they should simply unfollow.

“They have a choice whether or not to follow me and if they are offended by the tweets they have the option to stop following me. “

He has again reiterated that the comments were not meant to offend but “rather to awaken people to the fact that extreme exercise can be harmful to your body.”

Zulu died on Monday while climbing Mount Kilimanjaro. He was part of a Trek4Mandela expedition.