Tevin Campbell back in SA to relive good moments 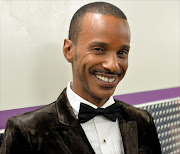 You cannot have gone through the 1990s and not encountered Tevin Campbell.

He gave a generation a soundtrack of their youths with anthems like Can We Talk?, I'm Ready and Always in My Heart, featuring his trademark piercing high-pitched voice.

Campbell is set to tour South Africa next month, with his The Return of Tevin Campbell show.

This is his second visit here and he will relive those magical music moments of the 1990s.

But he's excited about his new album, which will showcase his growth and new sound. This is monumental for Campbell as this would be his first album in over 15 years. He will be performing new material from it and says he looks forward to the audience's reaction.

"There are a lot of songs I didn't do the last time I came and I will do the old stuff, but with my new music album it will be Tevin Campbell Reloaded."

First off the tracks is his single Safer on the Ground, which he describes as a Tevin Campbell classic. He warns that It's Raining is an infectious love-making song much in the mould of his hit Breaking Down. "You will recognise the voice. This is a concept album where I'm experimenting and I hope you will come along for the ride," he says.

Campbell says the album expresses the change and growth he has experienced. "It's about my struggles and experiences and the road to maturity and being humbled. It's my most personal because in the past the record label wanted me to do love songs and now I finally get to sing about me, my life and experiences."

Campbell went under the radar when he left his record label Warner Brothers in 2000. He says he didn't know what to do and was in limbo for those years until 2004 when he signed up for Hairspray, a Broadway show he did for seven years where he played Seaweed J Stubbs.

At the end of his Broadway stay he started touring again, coming to South Africa in 2014. Campbell says his other big fan bases were Malaysia and Japan. He says his most requested song is Can We Talk? but believes his greatest love songs are Brown Eyed Girl and Always in my Heart.

Campbell says it was hard for him to make music independently as he had to learn the process and it took him a while. But now he excitedly says he has bought equipment to create a home studio and is spending more time making new tracks.

He is also spending time on himself, working out to look good for his photo-shoot. Campbell rose through the ranks as a child star from Waxahachie, Texas, who featured on a Quincy Jones album.

He fell into the trap of fame and celebrity and lost his way by drinking too much.

Equipped with the life lessons he needs, he turns 40 in November and couldn't be happier. "I'm looking forward to my 40th. I don't feel old. I'm a bit smarter and I know better. I want to have a good party and receive lots of presents. I love books."

Campbell gives We Are One, his other new song, as an example of social commentary he makes in his music. He bemoans the hatred that has taken over our everyday life and cites the recent mass shooting at an Orlando gay club that left 49 dead as an example of how people have lost their way. "What happened in Orlando is just sad, when I heard, I thought, 'you've got to be freaking kidding me', it's like killing blacks in a church. It's horrible. It should be a wake-up call. We need to stand up for what is right and speak out against hate.

"It shouldn't be happening in this country (US). It's embarrassing. Some people have said 'well, they were gay, they deserved it', it's bullsh*t, it's the same thing one would say about black people being killed for just being black. We need to work together and make things work."

- Campbell performs at GrandWest in Cape Town on July 22 and then at Carnival City, Brakpan, on July 23 and 24. Tickets are at Computicket, Shoprite/Checkers and House & Home Stores from R295.