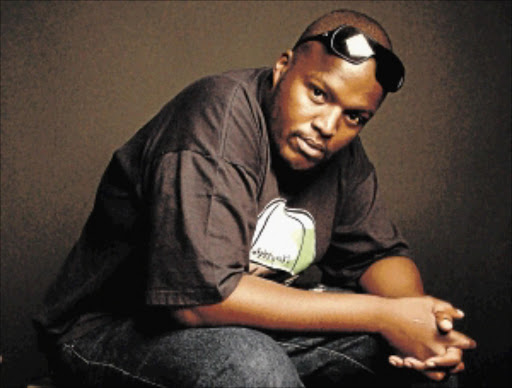 Hip-hop heavyweight Jabulani Tsambo‚ popularly known as HHP‚ has spoken out about attempting suicide three times in 2015‚ saying he had joined an online suicide assist website in an attempt to help him get information on how to end his life.

Speaking to Gareth Cliff on Cliffcentral.com on Monday‚ HHP opened up for the first time about his personal struggles. Talking to Cliff about filming for his new music video‚ Pasopa‚ at North West University‚ the radio host commented that HHP seemed like a changed man‚ even calling him “liberated“. The musician agreed‚ explaining that 2015 was a dark year which saw him attempt to take his life three times.

After seeing a “shrink” HHP said the sessions left him feeling lethargic because of an increase in his medication and nothing was truly resolved. It was then that he flirted with the idea of suicide.

“I was thinking while my policies (life insurance) are still active‚ let me just go out. Fifteen minutes in the car. Hose pope‚ whatever. I’m listening to Frank Ocean in the car. I’m thinking 15 minutes I should be done. An hour and a half later‚ nothing happens. I’m listening to the song on repeat now. I get out the car. It’s time to take the kids to school.”

After that failed attempt‚ HHP says he borrowed a friend’s car to try again. “So now I’m thinking maybe because my car is a hybrid. Let me try with an old car. I get a friend of mine’s old car. I take the hosepipe from his car to mine. I try again. It doesn’t work.”

In his third and final attempt‚ HHP again turned to a suicide assist website‚ which apparently suggested using helium as a form of suicide. “The last attempt‚ I’m fighting with my girlfriend or some shit. They tell me to try helium. I get the helium tank… I turn this thing on and I’m thinking ‘This is finally going to work’. The wifey has just gone to her friend’s house and by the time she gets back‚ I’ll be cold. The website says it should work in eight minutes and it’s an hour and 12 minutes later now‚ so I start cursing.”

HHP explains that while it didn’t work‚ he was already thinking of how he would explain his altered voice to his girlfriend when she arrived home. It was then that everything changed.

“Right now‚ the environment is so toxic. Even if I say ‘I feel like a peanut butter and jam sandwich’ someone will say ‘Oh‚ so you hate Cassper‚ now?‚” HHP said.

“I understand that Twitter is a currency‚ but half of my followers don’t even listen to me. I’m starting afresh. I’m known as the artist formerly known as HHP. I’m Jabba. I’ve always been Jabba.”