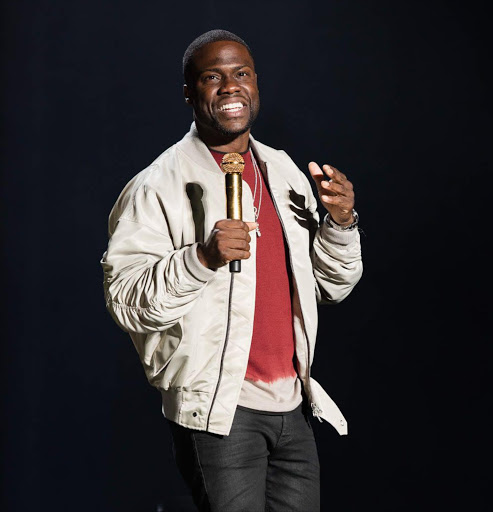 United States' comedian Kevin Hart is enjoying his stay so much that he is already thinking about coming back.

Speaking to the media ahead of the third leg of his What Now? Comedy Tour in South Africa, Hart said that he will be making regular visits to the country.

"You know what this needs to be something that's now on my list to do yearly. I need to frequent these parts and treat it the same way I treat my fanbase domestically. You know I mean, if I'm trying to become the international success that I wanna be you have to be seen on an international level and South Africa is on that list of international places with amazing people so you'll see me here a lot now," said Hart.

Hart's strict rules on photography at his shows have upset a lot of media houses and fans alike. At his shows, fans are given about two minutes or so to take pictures and videos at the beginning, anything beyond that is strictly prohibited.

When Sowetan LIVE asked about it, Hart explained that the measures were put in place to protect his craft.

"Social media, as much as I love it and embrace it, it's the killer of our culture because people can't do anything and sit and watch without it being recorded, without it being shared. If I allow people to record or have their phones out during my show then there would be no element of surprise with me being here today. The people that are going to the show tomorrow would've seen the show virally thirteen or fourteen times.

"When you look at some of the biggest tours this year there was no surprise going into those tours because you've seen what the artist had because everybody shared it, every blog picked it up.

"You don't see anything about my shows because I want to save it, I want each experience to be amazing for the people I'm giving the experience to. If I don't, I feel like I'm doing a disservice. Also, my stand up specials are released theatrically, I have no movie if everybody has seen it, I have no movie if the world gets the content and shares it all over," explained Hart.

He said that he finds pleasure in people's reaction after seeing the show for the first time.

Why come to South Africa now?

".. this [trip] is something that is long overdue, it was on a list to do and didn't happen for quite sometime because I felt the timing wasn't right. I'm glad that I was patient about it and waited until now because it paid off. It's turned out to be something really really special.