Wyclef to add his voice to Solomon Mahlangu movie 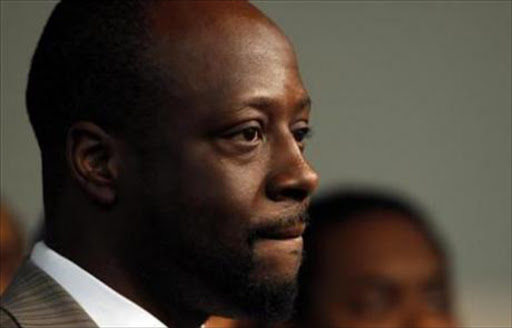 Grammy award-winning hit-maker Wyclef Jean, pictured, is set to record a song for the local historic biopic Kalushi: The Story of Solomon Mahlangu.

Director Mandla Dube revealed the news during a Q&A following a private screening last week of the much-anticipated film about the struggle icon who was convicted of murder by the apartheid administration and was hanged in 1979.

The Haitian rapper is also said to have penned the lyrics for the song.

Dube revealed that the plan was to take the film to the prestigious Cannes Film Festival, taking place between May 11 and 22 .

Kalushi is scheduled to have a limited release on June 16 to coincide with the 40th anniversary of the Soweto Uprising, and a nationwide release in September.

He says he was initially reluctant to take the director's chair. He has worked with director F Gary Gray - who recently put together Straight Outta Compton - and on the 2003 American heist film The Italian Job.

Dube says he approached a number of well-known filmmakers, before Max and Mona director Teddy Mattera convinced him to take on the challenge of directing Kalushi himself.

The film was originally intended to be a four-part series for the SABC, but Dube decided otherwise.

"I wanted to honour the family too, especially Solomon Mahlangu's mother, Martha. She said to me 'please promise me you will bring the story to the screen'."