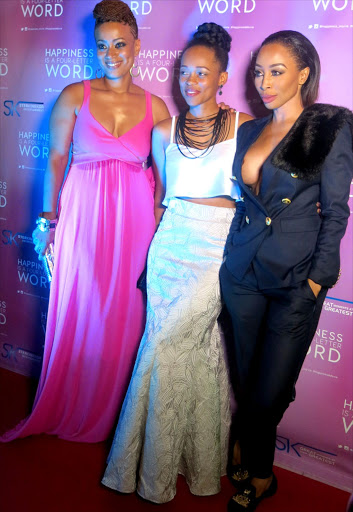 Local film Happiness is a Four-Letter Word, directed by Thabang Moleya, has earned over R5 million in its first ten days on the cinema circuit.

Since the romantic-drama starring Khanyi Mbau, Renate Stuurman and Mmabatho Montsho in the lead, dropped on 19 February, it has grossed R5 287 309.

The film that debuted at number 3 about a week ago continues to hold its number 3 ranking on the Top 10, drawing a larger audience than Hollywood movies such as Spotlight, Room, The Danish Girl, The Big Short, Hail Caesar and 50 Shades of Black.

“Given that the film is scheduled in cinemas at the same time as four other films that recently won Oscars, we are pleased that audiences are supporting South African film,” Producers Junaid Ahmed, Bongiwe Selane and Helena Spring said in a statement.

“It reaffirms our faith in our audiences who have shown that they will support a South African production that resonates with them.”

The film made over R2 million in its first three days in local theatres.