Asinamali for filming - Ngema doing it for history 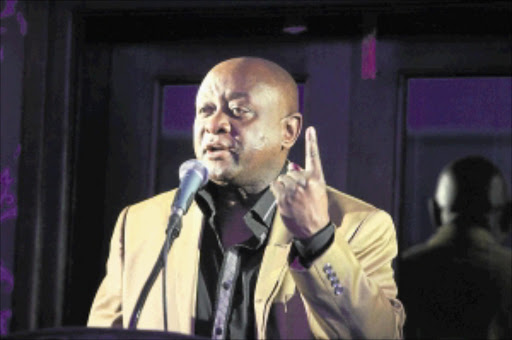 SONG OF UNITY: Mbongeni Ngema at the launch of his new single at Kippies, in Newtown, Joburg. Photo: Tshepo Kekana.

One of SA's greatest classic theatre productions, Asinamali! will be immortalised in film.

Written by award-winning Mbongeni Ngema in 1983, Asinamali! has had successful runs even in Broadway, Manhattan, in New York City. Ngema said he decided to adopt the British trend of turning classic plays into films in a bid to preserve them.

"When we turn Asinamali! into a film, we are preserving it even for generations to come. It will now officially become part of the South African heritage."

Ngema has already begun recording the film's sound track at Downtown Studios. The filming begins at the end of next month. Auditions for the film will be staged in Johannesburg and Durban.

The playwright and actor said the success of the play has been overwhelming to him.

Ngema said when he wrote the play, he was responding to the political situation of that time. He never thought that it would become this successful.

Asinamali! is inspired by events surrounding the 1983 rent boycott in Lamontville township, Durban. It was led by activist Msizi Dube, and the rallying cry was asinamali, Zulu for "we have no money [to pay rent]".

"Dube had just got out of Robben Island with a mandate from the late Nelson Mandela to make South Africa ungovernable. The slogan asinamali began in Lamontville and spread to the whole country because people were against the increase of rent," Ngema said.

He said he was proud the play contributed to the struggle.

"Everyone was chanting asinamali! and the world heeded the cry."