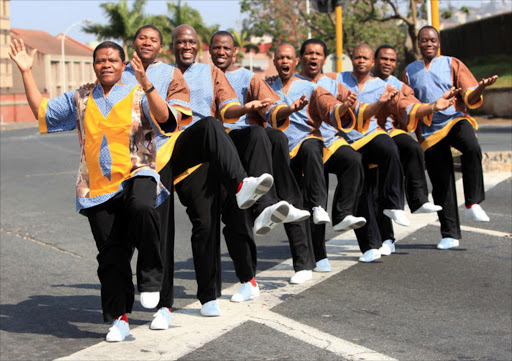 Arts and Culture Minister Nathi Mthethwa has congratulated multi Grammy Award-winning acapella group Ladysmith Black Mambazo on yet another nomination for the coveted award as well as its 55th anniversary.

“Our congratulations go to Ladysmith Black Mambazo for having recently received its 16th Grammy nomination in the category: World Music Album‚ for their Album Inala and for their attainment of their 55th anniversary as a group. In a global reality which tends to focus on trends and short-term goals‚ we congratulate this eminent group of artists for their longevity and for being able to sustain themselves and share the unique sounds of South Africa with the international world over decades‚” Mthethwa said.

“Congratulations are also in order for South Africa’s premier flautist‚ Wouter Kellerman‚ who also scored a Grammy nomination in the category Best Contemporary Instrumental Album for his album‚ Love Language .

“Our warm congratulations go to all South Africa’s Grammy nominees. We are proud of your achievements on the international stage. Together you make us proudly South African‚” Mthethwa added.

Mthethwa announced on Wednesday that an isicathamiya Musical Master Class would be conducted by legendary Joseph Shabalala‚ founder of Ladysmith Black Mambazo‚ on Thursday in Durban’s Clermont Township as part of the Living Legends Master-class Programme.

The Living Legends Legacy Programme was launched in August 2015 by the Department of Arts and Culture to honour the living legends across all arts disciplines for their contribution in the arts‚ culture and heritage sector. The initiative is to engage the living legends actively in programmes that promote arts and culture development as well as provide opportunities for interaction and impart skills‚ knowledge and experience to younger generations of artists.

The Living Legends conduct the Master Classes sessions based on their creative journey through experiential classes and lectures in their areas of expertise. They will cover various topics which will assist aspiring artists in applying arts‚ culture and heritage skills into business skills for sustainability.

On Friday‚ there will be a Night of the Legends‚ aimed at celebrating and honouring the Music Legends of South Africa. This showcase will celebrate the achievements of Ladysmith Black Mambazo‚ on the occasion of their 55th Anniversary through a live concert at the Olive Convention Centre in Durban.