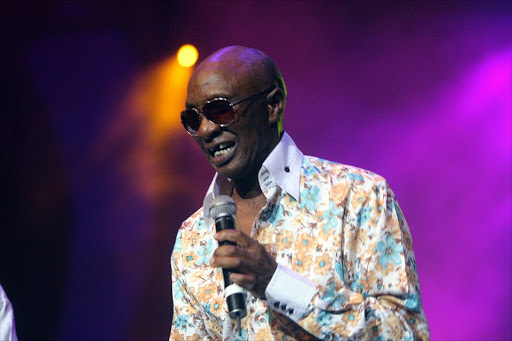 Babsy Mlangeni is tired of being overlooked.

The 72-year-old legendary singer told Sowetan that musicians with disabilities get a raw deal.

Speaking on the eve of the release of his comeback album, the first in 10 years, Mlangeni said it was only musicians who had been in exile who benefit from government-sponsored events.

"We can perform; the problem is that these shows are given to youngsters who know nothing about showbiz and know nothing about us. Even on the radio they don't play our music because the young presenters don't identify with our sound."

He said organisers always make promises and then disappear instead of confirming their bookings.

While he may be disheartened, Mlangeni said there were efforts to restore them to their former glory.

"As long as Minister of Arts and Culture Nathi Mthethwa is there for the next 10 years things will be better, otherwise they will bring someone who will derail his plans."

But he had to make new music because his fans who still play his old songs from albums such as Motho ke Eo and Nna ke a Phela kept asking him about it.

He features Steve Kekana and Johnny Mokhali. And he worked with his sons Lebogang and Sifiso.

The song Ommone Jwang is dedicated to his late wife Motlalepula who died in 2013. "I got asked how did I see her beauty, and my answer was 'seeing is believing but touch is the gospel truth'," he laughed.

"I'm a blind man, I'm a machine and I know beautiful women."