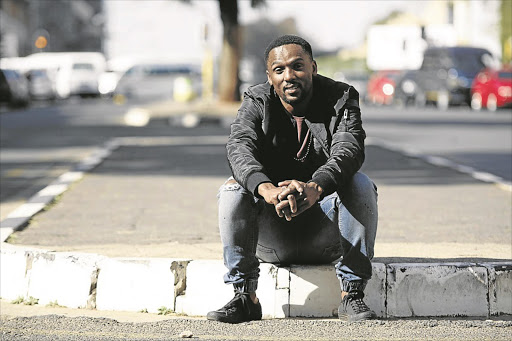 It's war! Daggers have been drawn out over who should lay claim to the success of Nathi Mankayi, the country's latest singing sensation.

Mankayi is sitting on top of the charts in Nigeria, Ghana, Uganda and Kenya with his Afro-soul debut album Buyel'ekhaya and the smash hit Nomvula. The rising star from Maclear, in Eastern Cape, clocked platinum status (40 000 sales) with his release last week.

But the excitement of his runaway success could be shortlived with a legal battle brewing between his home municipality, his record label Ghetto Ruff/Muthaland owned by Lance Stehr and the Afro-pop duo Jaziel Brothers.

Stehr said they had an agreement with the municipality over Mankayi. "I don't want to fight them (Jaziel Brothers). Vusi (Nova) did a song with Nathi last year in September.

"I don't want to be throwing rocks at them, because I can. I had a meeting with the municipality about four or five weeks ago and I saw all the contracts and documents."

In a statement, Jaziel Brothers, said they were under the impression that Mankayi was signed to Sheer Sound (record label) and were caught off guard by the release of his debut album.

"We had not been informed that our tracks were being released commercially through a third party. We are extremely proud of Nathi as an artist and have no inclination to get in the way of what will surely be a magnificent career."

The group said it was commissioned to produce and record Mankayi's album in 2012 by the municipality and had "invested in additional professional quality recordings" because of their belief in his talent.

"Unfortunately, we are not atliberty to discuss the intricacies of the agreements that relate to this, as it will affect the confidentiality of our client and our current investigation into the matter.

"We have reached out to the Ghetto Ruff/Muthaland team in an attempt to handle the contractual obligations centred around the release of the album amicably.

"We've been in the game for a long time and we prefer to seek mediation in times of conflict so that we can continue to grow the spirit of camaraderie within the industry.

"That is, of course, unless we find ourselves dealing with unscrupulous behaviour, at which point we are morally obligated to follow the full course of the law."

Contacted for comment, a reluctant Mankayi said: "I had been expecting this sort of thing but I'm fine."

He deferred questions about what happened between him and Jaziel Brothers to his manager Sipho Manyathela, who said Jaziel Brothers wanted to sign Mankayi directly but Mankayi was not interested.

Mankayi reached some fame in Eastern Cape after talent search organised by Elundini Local Municipality in 2012.

Jaziel Brothers were roped in by the municipality to record the winner and the two runners-up. The contract stated that Jaziel Brothers would "record two albums, mix, produce and master, prepare sleeves and manufacture 2000 CDs". As the winner Mankayi pocketed R10000, an album recording deal plus 1000 copies of CDs.

Nonkuselo Sokutu, operations manager at the municipality said they had been struggling to locate Jaziel Brothers after they disputed the quality of the recordings the band submitted as they were "inferior" and the "mixing was bad".

They wrote them a letter of demand on November 6 2013 for delivery of the copies and master copies of the albums and they were never delivered.

"The municipality is happy that finally the Jaziel Brothers can be traced as it has been struggling to get hold of them through the lawyers to deliver summons," said Sokutu.

Nonthuthuko Mdluli, manager of Jaziel Brothers said "I don't know of any summons".