Sharon Stone: I want guys to throw themselves at me 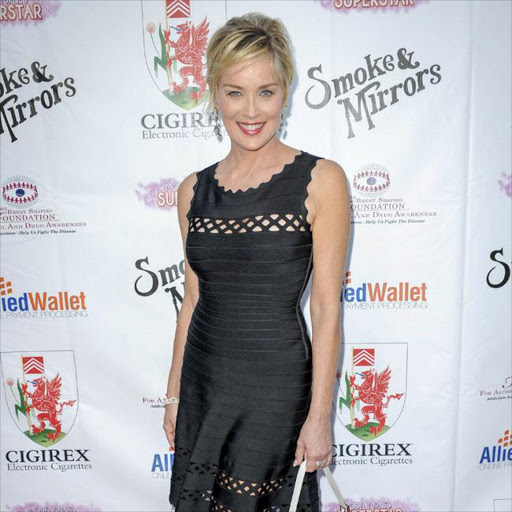 Sharon Stone wishes more men would ''throw themselves'' at her and ask her out but she thinks they don't because most guys are intimidated by her ''sexy'' reputation.

Revealing her dating woes to BANG Showbiz during a Q&A in Berlin, Germany, to promote Galderma's Restylane cosmetic treatments, she said: ''I wish more guys would throw themselves at me. But not really. I think people believe the story that I'm sexy, and now people are afraid of me.

So guys don't throw themselves at me, they run away from me.'' Although Sharon - who uses Restylane filler injections to combat wrinkles - is still considered one of the movie industry's biggest sex symbols, the blonde star claims there was a time when directors refused to cast her in racy roles because they didn't think she could smoulder on screen and draw in male audiences.

It was a naked shoot for Playboy in 1990 to coincide with the release of sci-fi thriller 'Total Recall' - in which she appeared opposite Arnold Schwarzenegger - that changed the perception of her as an actress and led to her most famous film 'Basic Instinct', in which she stripped off and repeatedly romped with leading man Michael Douglas.

Sharon explained: ''It's funny because for the first part of my career I couldn't get a job because no one thought I was sexy. People would call Chuck, my manager, and say, 'We can't hire her because she's not sexy,' because I always went around dressed like a bag lady. I wore all of these big, black clothes and these big glasses and all my books and stuff and people would be like, 'She's so not sexy.' Then finally this woman, the photo editor for Playboy, I told her, 'No one thinks I'm sexy.

This is so stupid.' And she was like, 'Hef (Hugh Hefner) wants to put you in the magazine.' I'm like, 'In Playboy?!' (Laughs). That seemed to me like the most absurd thing I had ever heard, and then I realised, I'm going to starve to death, I can't pay my house payments, I don't know what to do, I can't get a job, this is ridiculous, maybe I should be in Playboy.

OK, so I made a career with her and him, that I would do these black and white pictures where I wouldn't be naked on the bottom but I'd be naked on the top, and she would write the story, because she was my friend.

And she was brilliant. I thought, 'I'll tell people I'm sexy,' and that's what I did. I told people I was sexy, and then I got 'Basic Instinct' and now people think I'm sexy.'' Sharon has been unmarried since she divorced second husband Phil Bronstein in 2004. She has three adopted sons Roan, Laird and Quinn.