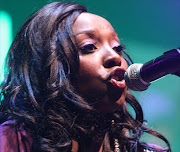 The highlight of the jazz music industry and indeed the Arts calendar, the Standard Bank Joy of Jazz will return to the Sandton Convention centre.

The showcase will happen from the 24-26 September and will be in its sixteenth year.

As usual the musical line-up is enough to whet any jazz music fans appetite. The line up is a rich mixture of renowned jazz musicians from South Africa and all over the world.

One of the acts for the 3 day festival will be “The Sound of two” a collaboration between Metro FM and KORA award winning artist Wanda Baloyi and her father Jaco Maria.

The father and daughter duo are originally from Mozambique and have both released albums.

Maria moved to South Africa in the 80’s and joined the group Ozil. He has worked with some of Africa’s finest musicians such as Jimmy Dludlu, Judith Sephuma and more. He also sang as a backing vocalist for Miriam Makeba and Papa Wemba.

He released his first solo album Life Again in the year 2000.He later released his sophomore album The Storyteller in 2013.

His daughter Wanda Baloyi followed in his musical footsteps and was in a girl group called Ghetto Luv.

In 2001 she became even more popular due to her collaboration with Thembi Seete on the song Sure Ntombazane. The song featured on TV drama Yizo Yizo 2 soundtrack.

Baloyi released her solo album Voices, which was produced by Jimmy Dludlu, in 2003. The album earned her a KORA Award for Best African Arrangement in 2004.

Baloyi has released 4 albums and has recently won a Metro FM Award for Best Urban Jazz for her album Love and Life.

Baloyi and Maria will be sharing the stage for the first time. Another special moment will be when the music of Letta Mbuli and Sibongile Khumalo will be celebrated by an 18 piece all female band called the Joy of Jazz aMaqhawekhazi band.

Here is a complete list of the performers for the event: