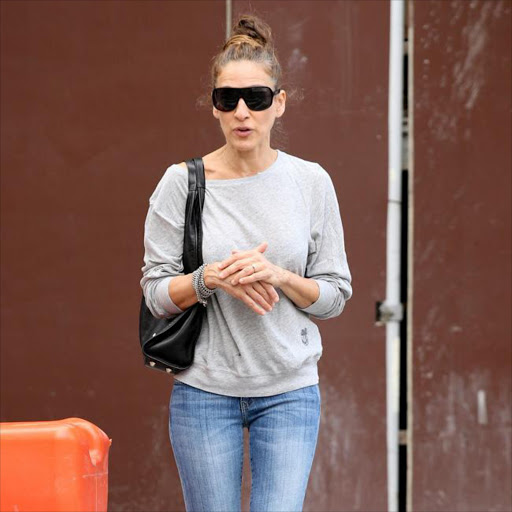 Sarah Jessica Parker has hinted she could be reprising her role as Carrie Bradshaw in a third 'Sex and the City' movie after posting a cryptic message on her Instagram account.

The 50-year-old actress fuelled rumours that yet another spin-off film from the original HBO series is set to be made after posting a cryptic message on her Instagram account.

She wrote alongside an image of herself carrying a paper bag from department store Bloomingdales - which is known for being one of her character Carrie Bradshaw's favourite shops - as onlookers took pictures: ''Well. I guess the cat's out of the (little brown) bag.

As usual, we will keep you posted on every detail as we are able. I'm under strict gag order until then. Xx, Sj'' The mysterious post follows months of speculation that Sarah and her co-stars Kristin Davis, 50, Kim Cattrall, 58, and Cynthia Nixon, 49, were set to return for a third instalment. Both Sarah and Kristin hinted they could be reprising their roles back in October when they exchanged a series of tweets seeming to be in reference to the movie.

Kristin wrote to Sarah: ''Miss YOU XOXOXO!!'' Sarah then replied: ''Me too you? Head the news? X'' Kristin added: ''You let me know when we can celebrate.'' Meanwhile, their co-star Cynthia Nixon has recently confessed she found parts of the first film ''devastating'' due to Sarah's on-screen romance with Mr Big, played by Chris Noth.

She said: ''I remember when we screened the first movie in London. When Mr. Big shows Carrie that closet he's built for her and the entire audience clapped. I found that devastating.

Maybe that's a strong word, but I was disheartened. ''Is this what these women think true love is? A man who has enough money to buy you a walk-in closet?''