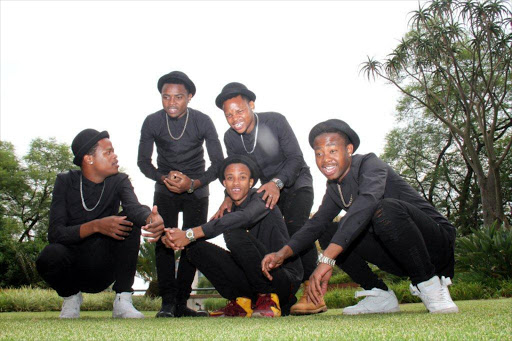 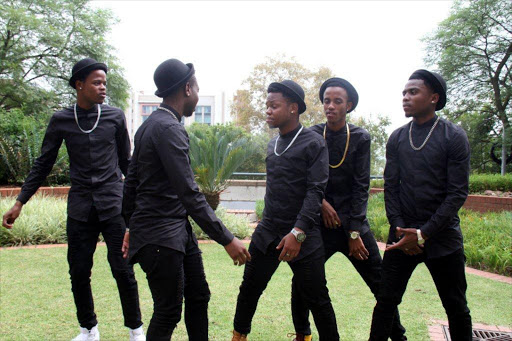 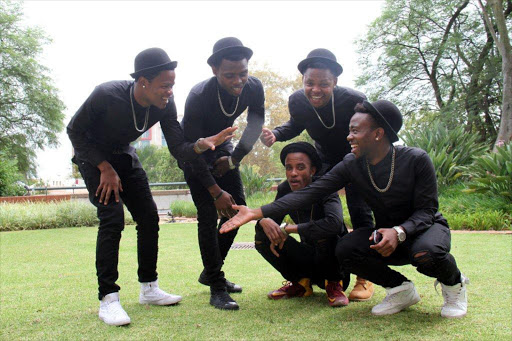 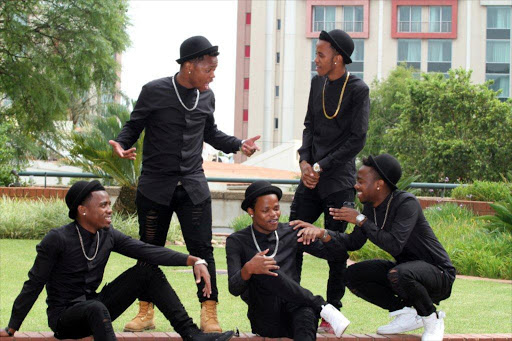 Ever heard of the song kwaito song Shumaya, meet the boys behind the sound that is dominating airplay on radio stations and dance floors.

It started with a dream of being the next biggest hitmakers in the music industry for the young Dbn Nyts, a group of five boys consisting of Cebo Ngcobo, Samukelo Maphumulo, Lazi Yokwana, Wanda Tshabalala and Kabelo Bekile.

The boys recently signed under Kalawa Jazmee after DJ Oskido found them in the streets of Yeoville two weeks ago.

Before this life changing event they recall being rejected by Afrotainment, TS Records, Lvovo, DJ Ganyani, and more big names.

“Two weeks ago on a Sunday Oskido came searching for us and found us in the streets of Yeoville. He told us he loved our music and wanted to sign us, we were in disbelief, and it was a traumatising moment to meet him in person.

“Felt like we were in a movie, immediately things started happening for us, we had hope, we did not tell him on set we were homeless, when he knew he came in and sorted us up, He is like our daddy,” the group spoke in excitement.

Yoh meeting DJ Oskido changed our lives; we had no money for rent. We were on the verge of giving up because life was getting harder for us.

“We always thought he was one untouchable and Kalawa was one label we didn’t approach.”

The youngsters, aged between 20 and 21 years, ran away from home two years ago to follow their dreams of making music after matriculating in 2013.

“We have been in Johannesburg for two years, we back packed and ran away from home to fulfil our vision of being performers.

“Jozi life has been hard we did not tell our parents that we are struggling, we lied and said we  are living the lavish life, yet we lived on water and kip kips (coloured popcorn),” they said.

One of the Members, Samukelo Maphumulo said escaping home was terrifying, he wrote a letter and slipped it under his parents pillows and changed his number.

“We did not say we were coming to Jozi, I wrote a letter and slipped it under the pillow. Told them I was going to do music with my friends. I even changed my cellphone number so they could not find me,” Maphumulo said.

Dbn Nyts said they were never poor growing up, they met the struggle when they escaped to follow passion.

“We don’t have a poor background, we never faced poverty, but we got to Joburg and met the struggle.”

Speaking about the rejection they faced, they say they appreciate the lessons learnt and did not only focus on the rejection itself.

“We never took rejection badly, even though they could not sign us at the time we learned great things from theses giants of the music industry.”

The group was rejected by a lot of record labels and even though they were not signed they given a lot of advise and ideas on how to push and promote their music, but some of the music giants were a bit harsh in their rejections.

“Lvovo told us our music will end up at the taxi rank. DJ Sbu was busy with his book launch at the time and could not grow us at the time, but he was the first to ever promote our music. He helped us.”

“DJ Ganyani may have not signed us but we see him as a father, he took us into his home, and made time to listen to our music. We love him.”

“Demor could not sign us but gave us the best ideas. DJ Tira was focusing on Big Nuz and told us maybe in future and he taught us a lot about music, he contributed to our growth.”