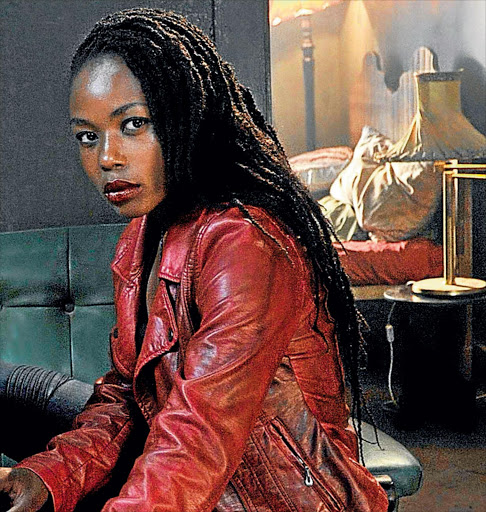 Thishiwe Ziqubu is one of South Africa’s rare gems, a true talent who could give the likes of Hollywood star Lupita Nyong'o a run for their money.

Her debut as a cinema actress was in 2011 as the lead in Man on ground, a film directed by Akin Omotoso, setting her career on a meteoric rise.

She is a cinema actress, scriptwriter, director, producer and a loving mother of a seven-year-old girl.

Like many of her counterparts Ziqubu’s interest in acting and film began at a young age.

She studied scriptwriting and directing after high school then went on to the AFTA a film school. She also completed Acting for Film programme at the Los Angeles Campus of the New York Film Academy.

Some of her greatest achievements include:

On Man on Ground she played a leading role of Zodwa in a story displaying the rise of Xenophobic attacks in South Africa.

This movie included a stella cast of stars like Bubu Mazibuko, Fana Mokoena and Eugene Khoza.

She stepped out and showed off in the film ‘Hard To Get’, a movie dubbed SA’s version of Bonnie and Clyde. She embraced her character as an angry girl and a rebel who is not afraid to take risks.

Ziqubu’s artistic storytelling skills are seen broadly in this film.

This year she is set to be seen in a drama film ‘While You Weren’t looking’ which looks at the treatment of gay and lesbian relationships in the country. She will also be hitting our TV screens with a role in Rhythm City as a con artist named Nox.

Ziqubu has big plans for her future and the SA film industry is only the beginning.

“The TV industry excites me, I want to be the next Lupita and I’d like to ace a lot of things. I want my own production company too,” she says.