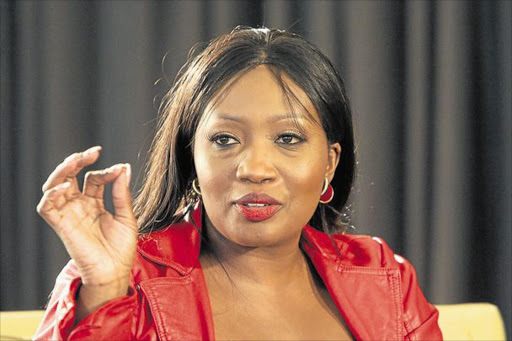 FORMER Generations actress Sophie Ndaba claims her replacement as the face of Pep has nothing to do with her falling out of favour with advertisers.

For years, Ndaba endorsed several products and campaigns and was one of the ambassadors of a Pep campaign launched through Generations a few years ago. Her popular character, Queen Moroka, also wore Pep clothes on the soapie.

This week, stage and TV actress Nomsa Buthelezi emerged as the new face of the Pep campaign.

Speaking to Sowetan, Ndaba brushed off the claims of a replacement. She said it was not about her but the clothing company and what it wanted to achieve. She said she was still part of Pep campaigns.

"Let me explain to you, Pep has many concepts and many companies do not prefer to use the same face to advertise various brands," she said.

Meanwhile, Isibaya's Buthelezi sees the new venture as an opportunity to grow her brand. "I am happy for getting this opportunity. I just shot a video in Cape Town and will do radio and television commercials."

Buthelezi has signed a one-year contract with the store.