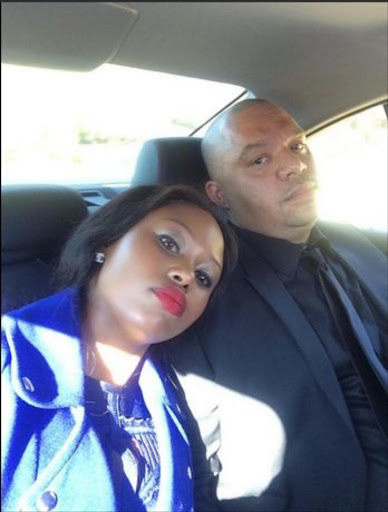 CUPID has invaded the Metro FM studios in Auckland Park, leaving three top DJs saying "I do" in the last month.

The latest to be struck is romantic music authority Paul Mtirara, 37, who will tie the knot with his sweetheart Duduetsang Kiti, 23, in GaRankuwa, outside Pretoria, tomorrow.

Mtirara and Kiti have been dating for years and the former paid lobola for her in September. The bride-to-be is a public relations student and interior decorator business.

A friend of the bride said : "They are marrying at her mother's house because they want it to be where her family is. Unfortunately Paul's mother will not be present because she is still recuperating from a chin operation.

"She has a very close relationship with Dudu [Kiti]. Paul is her only son and she is the only girl on her side of the family."

An elated Kiti said: "I am so excited and at the same time I am like 'finally'. It shows that love prevails. After our ups and downs, we have made it to this stage.

"The white wedding will be next year in East London because that's where he proposed."

She added: "His mom also has been so supportive of our relationship. Luckily, I'm also the first woman he introduced her to. We are super close and have that mother-and-daughter relationship.

"She plays her part as a mother both to Paul and I. When we fight Paul runs to her because he knows she can calm me down."

Some of the couple's fights have been documented in the press. Early this year, Kiti accused Mtirara of bashing her and momentarily kicked him out of their Midrand apartment.