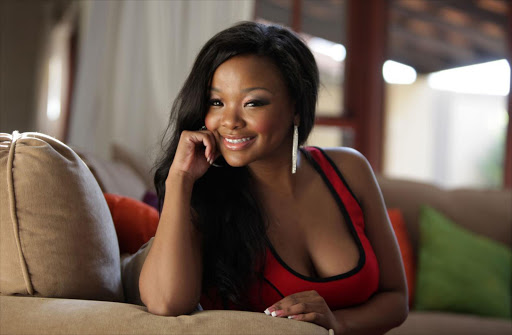 TV presenter Nonhle Thema allegedly only received shoes from her endorsement deal with Madison, The Heart of New York.

“The truth is my Madison shoes endorsement I never got paid.I just got shoes. there Deal had no money, (sic)” Thema tweeted yesterday.

The shocking revelation comes after the company issued a statement announcing a decision to release Thema from her duties as the official ambassador.

“Due to the alleged circumstances of this trip and its repercussions, we regret to announce Ms Nonhle Thema is no longer the brand ambassador for Madison, The Heart of New York shoes,” the statement read.

Thema angered many after a Sowetan report revealed that she had labelled Botswana girls as "skinny, ugly and Aids infected" during her recent trip to the country.

"I was on the phone and talking to my boyfriend who was out of the country at the time, I was telling him about the girls where he was, I was just being a jealous girlfriend," she told the Sowetan when asked about the incident.

Although the trip to Botswana was not linked to the company, Madison saw it fit to cut ties with the TV personality.

“We in no way condone derogatory comments against any sex, race or medical conditions,” the press statement said.

Nonhle Thema who was out to prove that the deal meant nothing to her decided to reveal the details behind her deal with the shoe brand on social media.

Thema later deleted the tweet but not before it was retweeted a number of times sparking a debate about the exploitation of local artists.

"No wonder some of these celebrities die poor - unpaid endorsements,” wrote @MrMenziN.

"Why do our people agree to endorsements that don't pay; when their white counterparts get paid?! Complicity to own exploitation," asked @Sentletse.

Madison, The Heart of New York, would like to clarify the statement made by Ms Nonhle Thema in regards to non-payment in relation to her ambassadorship with the brand.

Ms Thema's contract which was signed by herself, became effective 5th April 2014. Ms Thema's brand ambassador agreement was structured to allow her to garner revenue from sales of Madison, The Heart of New York shoes.

Ms Thema received revenue as per the below which is stated in her contract:

* 5-10% revenue on various sales drives and in store activation sales.

These included sales from the Madison, The Heart of New York website.

* We would like to clearly state that monies and percentages were agreed on and all monies paid directly to Ms Thema. Any outstanding amounts owed to Nonhle Thema has been agreed upon by the brand and will be paid out as well.

* Ms Thema was also granted 10 pairs of shoes from each Madison, The Heart of New York season, plus 4 extra pairs per season to attend special events/ photo shoots.