SA's heritage in good hands - Mthethwa rises to the challenge 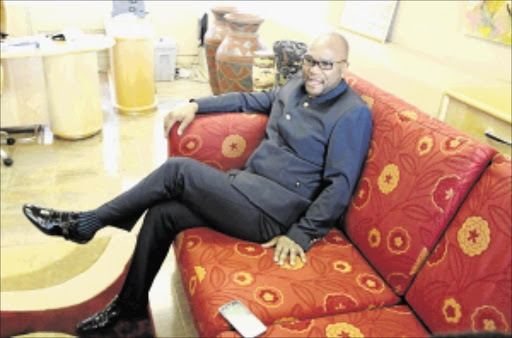 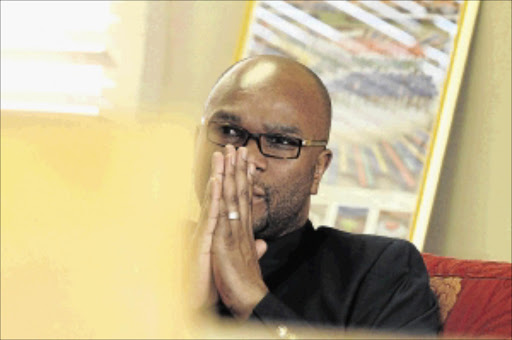 IT'S his soft-spoken and gentle nature that stays with you after meeting Minister of Arts and Culture Nathi Mthethwa.

He speaks in a hushed tone but still commands respect. Perhaps it's his imposing manner and the no-nonsense glare of his eyes behind his trademark specs.

He is seated on the couch of his plush office, vibrant with paintings, wooden features and artefacts when we meet.

He is in a navy blue Nehru suit. I'm too shy to ask what the label is, because you know he is a minister and they don't discuss such frivolous details.

This is not Fashion Police, but then again he's the minister of arts and culture. His department oversees the sector of the most expressive creative workers, so he must play along.

Too late, I look at the time and realise that I have more pressing matters to address. I ask him how it is at the helm of arts and culture.

"Interesting. It's an extremely challenging environment," he begins. "It's a vast environment. The department is branded inadequately because the portfolio says arts and culture, but heritage is quite key."

Mthethwa's previous posting was in the controversial and political hotbed of the police ministry. He seems more comfortable in arts and culture and his knowledge of the issues and passion for the African agenda comes to the fore.

He's had to dive into the recent TV strike involving Generations stars and says all he could do was get them to talk.

"The Generations cast were victims of (an) environment that is not regulated. We offered to intervene and mediate and eventually got them around the table and left matters at that. "From a distance you can see these are labour relations matters between employer and employee. And the relationship is skewed against the employees.

"Creative workers are the most exploited. Even farm and domestic workers have parameters and determinations [of how they are paid], but here there is nothing.

"Producers hire and fire at will; it's like we're still in pre-1994. We want to look at the kind of regulations we have."

To deal with the fragmented creative sector with no overreaching body, Mthethwa says the Cultural Creative Industries Federation of South Africa (Ccifsa) will be launched. It is headed by veteran singer Yvonne Chaka Chaka and entertainment lawyer Nhlanhla Sibisi as the secretary general who compiled the framework.

After several attempts since 1994 to unify the sector flopped, things seem to be coming together finally to earn bargaining power.

"This structure will help train creatives to manage their affairs better and advance their course."

With the abundance of talent on TV, fine arts, poetry music and film, Mthethwa says he is busy calculating how much the sector contributes to the GDP to prove that it can't be taken for granted.

Language is his other passion and he bemoans the sidelining of indigenous languages because more families are choosing to speak English.

"For hundreds of years our erstwhile colonisers failed to obliterate our languages and now it's becoming a reality that it may happen with our participation.

"Democracy should not be equated to the suffering of indigenous people. If you go to a typical village or township today, you'll find we take our kids to former Model C schools where they use a lot of English; they come home and still communicate in English.

"We are nursing a generation that will not know its roots and therefore assist the objectives of our erstwhile colonisers. We cannot be accomplices in obliterating our own languages."

He quotes the I'm An African speech of the Regeneration of Africa delivered 108 years ago by Dr Pixley ka Isaka Seme which he says laid the basis for the awakening of Africa.

Spurred on by such leanings, Mthethwa says his grand plan is to celebrate Africa Day and Africa Month with a multidisciplinary festival where artists converge in what he hopes will become a yearly pilgrimage for a "festival of ideas and a showcase of our cuisine, artwork and intellectuals".